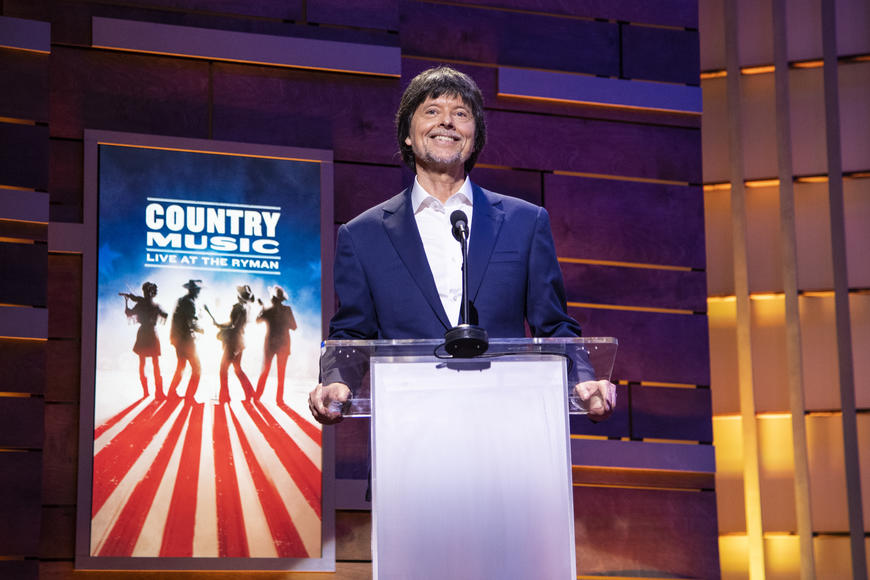 Jazz, Baseball and politicians — no one else captures the American experience like Ken Burns. Fans of the filmmaker’s documentaries will be excited to hear that the entire Ken Burns Collection will be available with Passport starting on August 4, 2020.

Here are all of the Ken Burns documentaries you can stream now with KCTS 9 Passport.

The film tells the story of a tiny school in Putney, Vermont, the Greenwood School, where each year the students are encouraged to memorize, practice and recite the Gettysburg Address. In its exploration of the Greenwood School, the film also unlocks the history, context and importance of President Lincoln's most powerful address. Watch now.

The story of Baseball is the story of America. It is an epic overflowing with heroes and hopefuls, scoundrels and screwballs. Watch now.

In his Academy Award nominated film Brooklyn Bridge, Ken Burns captures the physical majesty of this greatest of all achievements of the industrial age, the dramatic story of the larger-than-life men who imagined and built it and the immense charm this granite and steel structure has exerted on generations of city dwellers. Watch now.

The Central Park Five tells the story of the five black and Latino teenagers from Harlem who were wrongly convicted of raping a white woman in New York City’s Central Park in 1989. Watch now.

A nine-part series that explores the most important conflict in our nation's history. Between 1861 and 1865, Americans made war on each other and killed each other in great numbers if only to become the kind of country that could no longer conceive of how that was possible. Watch now.

For 200 years, the United States Congress has been one of the country's most important and least understood institutions. Using historical photographs and newsreels, evocative live footage and interviews, Ken Burns chronicles the events that have shaped the first 200 years of congress. Watch now. 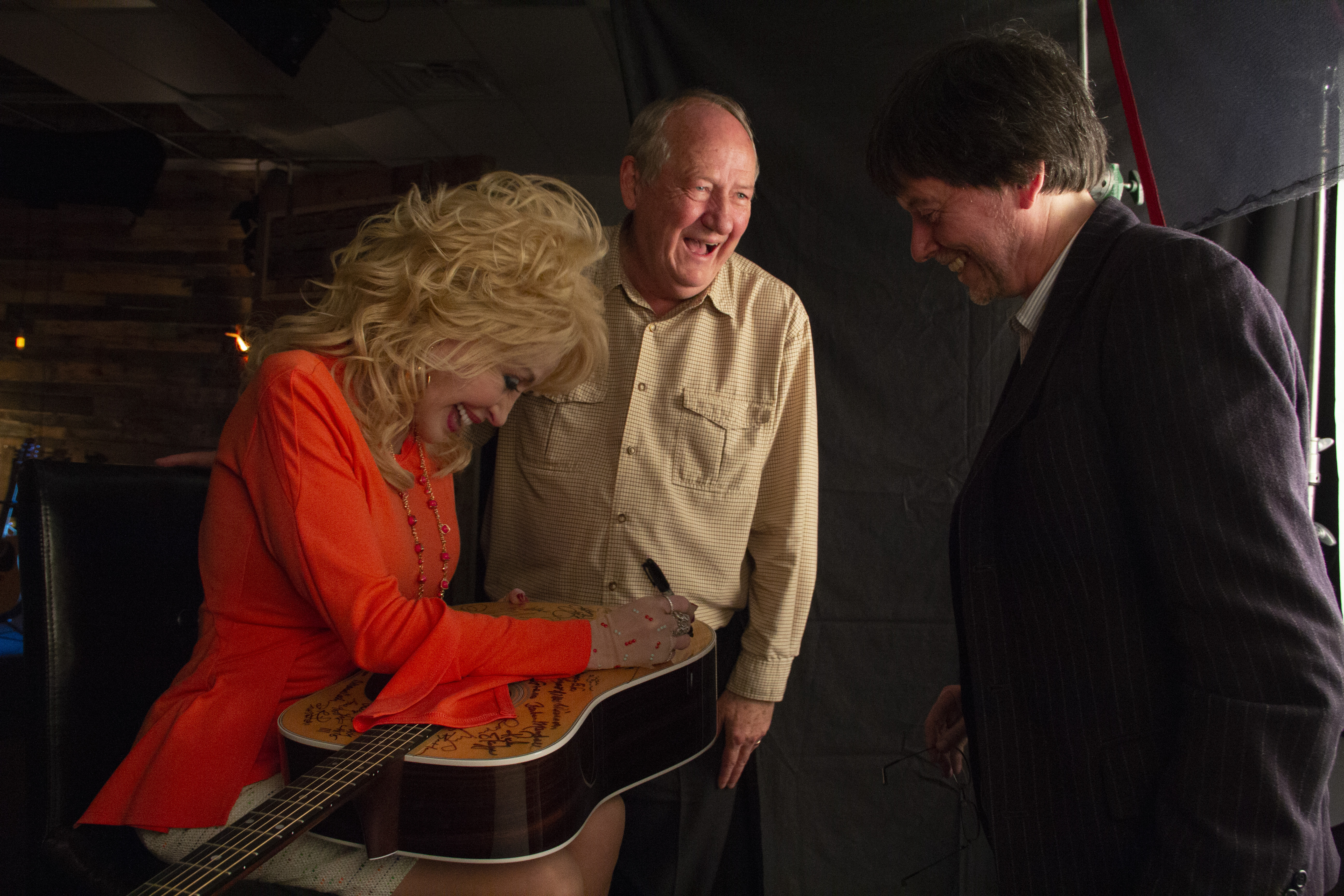 Country Music explores questions — such as “What is country music?” and “Where did it come from?“— while focusing on the biographies of the fascinating characters who created and shaped it. Watch now.

Empire of the Air

For 50 years, radio dominated the airwaves and the American consciousness as the first “mass medium.” In Empire of the Air: The Men Who Made Radio, Ken Burns examines the lives of three extraordinary men who shared the primary responsibility for this invention and its early success, and whose genius, friendship, rivalry and enmity interacted in tragic ways. Watch now.

This two-part documentary explores the life of one of America's greatest architects — hated by some, worshipped by others and ignored by many. Watch now.

In the spring of 1903, on a whim and a fifty-dollar bet, Dr. Horatio Nelson Jackson set off from San Francisco in a 20-horsepower Winton touring car hoping to become the first person to cross the United States in the new-fangled "horseless carriage." Watch now.

He was a populist hero and a corrupt demagogue, hailed as a champion of the poor and reviled as a dictator. Louisiana’s Huey Long built his remarkable career as governor and U.S. Senator on a platform of social reform and justice, all the while employing graft and corruption to get what he wanted. Watch now. 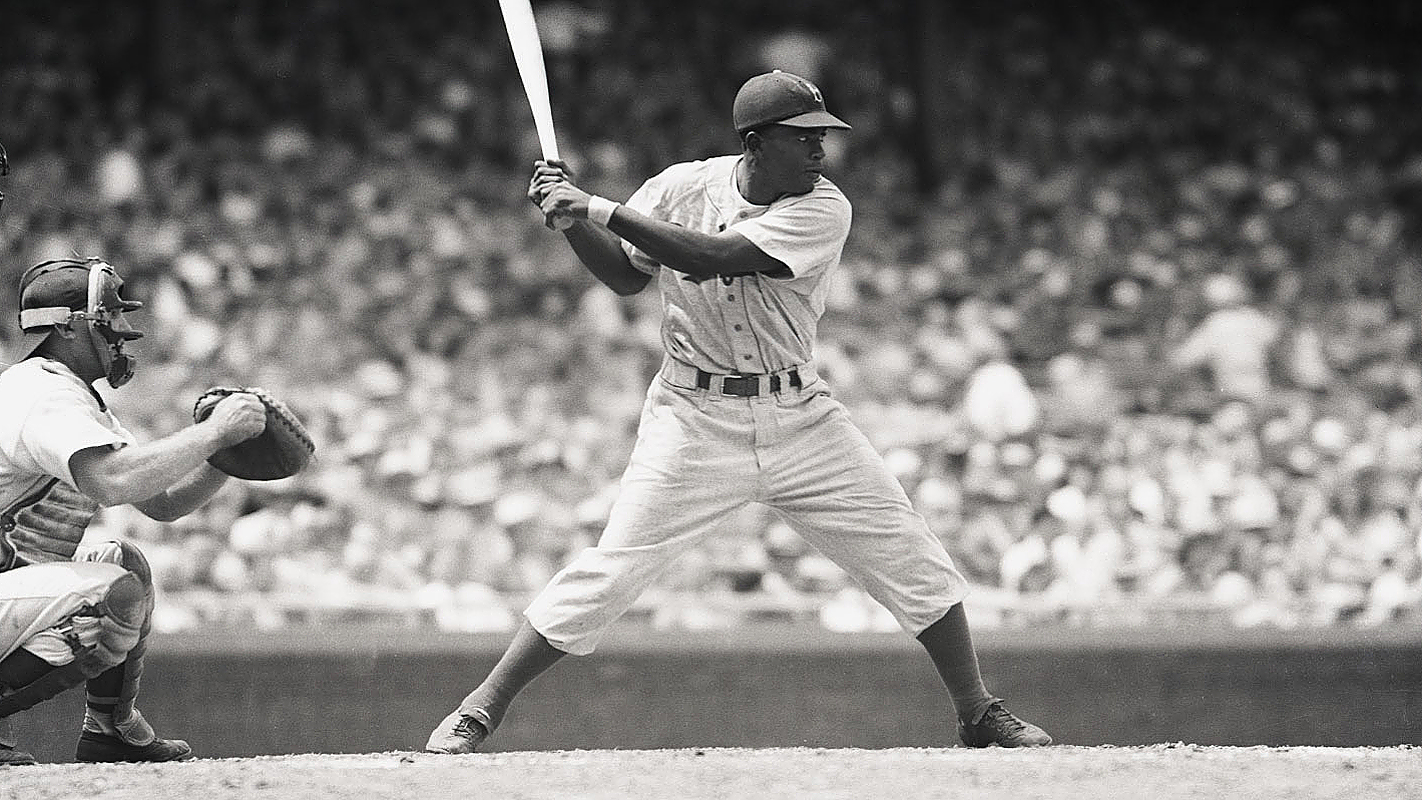 Jack Roosevelt Robinson rose from humble origins to cross baseball's color line and become one of the most beloved men in America. A fierce integrationist, Robinson used his immense fame to speak out against the discrimination he saw on and off the field, angering fans, the press and even teammates who had once celebrated him. Watch now.

Filmmaker Ken Burns tells the story of jazz — the quintessential American art form. The 10-part series follows the growth and development of jazz music from the gritty streets of New Orleans to the Lincoln Gardens on Chicago's south side, where Louis Armstrong first won fame, from Prohibition-era speakeasies to the wide-open clubs of Kansas City, from the elegant Roseland Ballroom in Times Square, where only whites were allowed to dance, to the more egalitarian Savoy Ballroom in Harlem, where people of all colors mingled. Watch now.

The film tells the remarkable story of the entire Corps of Discovery – not just of the two Captains, but the young army men, French-Canadian boatmen, Clark’s African-American slave and the Shoshone woman named Sacagawea, who brought along her infant son. Watch now.

In his time, Mark Twain was considered the funniest man on earth. Yet he was also an unflinching critic of human nature, using his humor to attack hypocrisy, greed and racism. Watch now.

Take a timely look at how one institution has met the changing demands of healthcare for 150 years — and what it can teach us about facing the challenges of patient care today. Watch now. 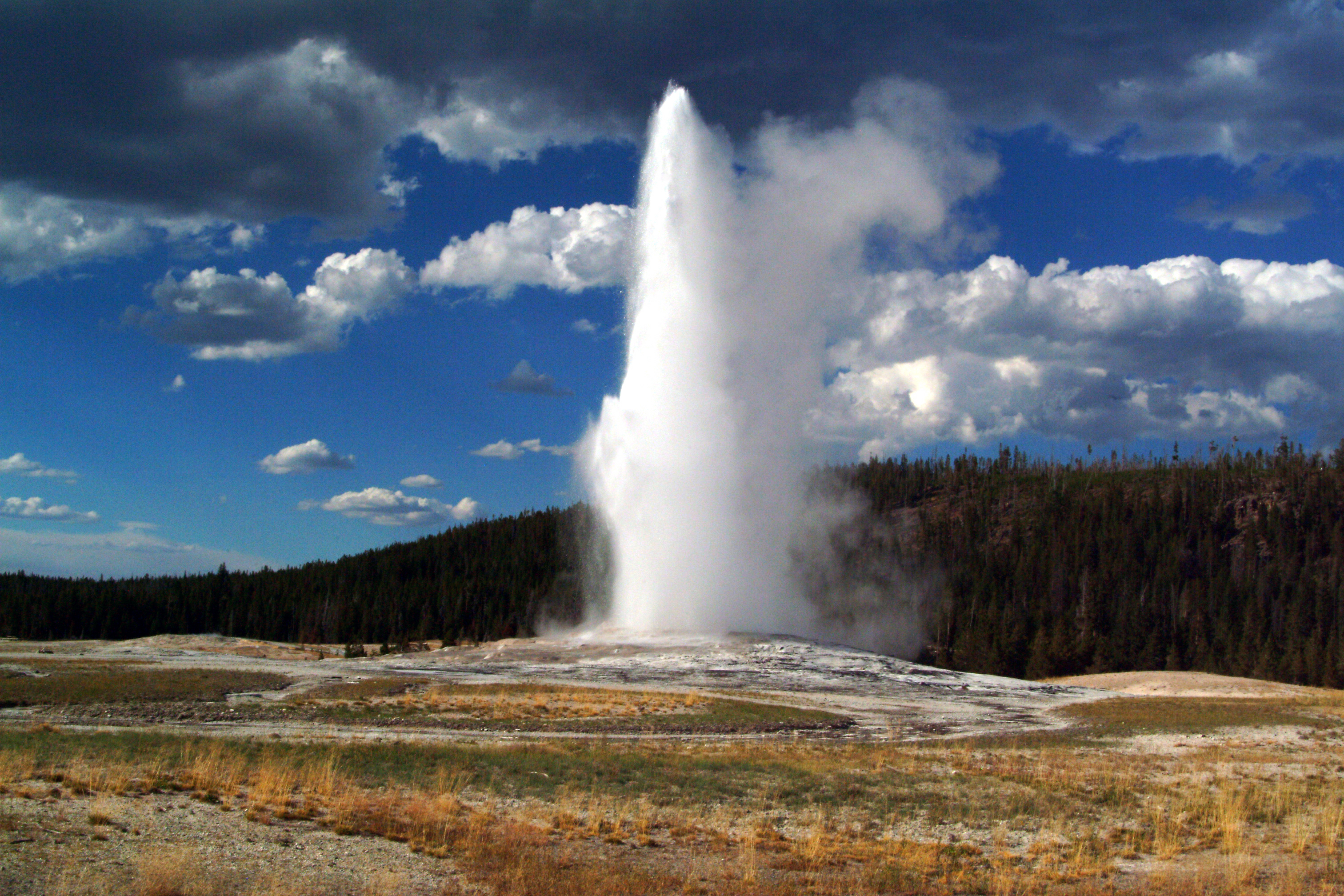 Filmed over the course of more than six years at some of nature's most spectacular locales, the film is a story of people from every conceivable background — rich and poor, soldiers and scientists, natives and newcomers — who were willing to devote themselves to saving some precious portion of the land they loved and in doing so reminded their fellow citizens of the full meaning of democracy. Watch now.

Not for Ourselves Alone

Two women. One allegiance. Together they fought for women everywhere, and their strong willpower and sheer determination still ripples through contemporary society. Recount the trials, tribulations and triumphs of Elizabeth Cady Stanton and Susan B. Anthony as they strive to give birth to the women’s movement. Watch now.

Prohibition is a three-part film series directed by Ken Burns and Lynn Novick that tells the story of the rise, rule and fall of the Eighteenth Amendment to the U.S. Constitution and the entire era it encompassed. Watch now. 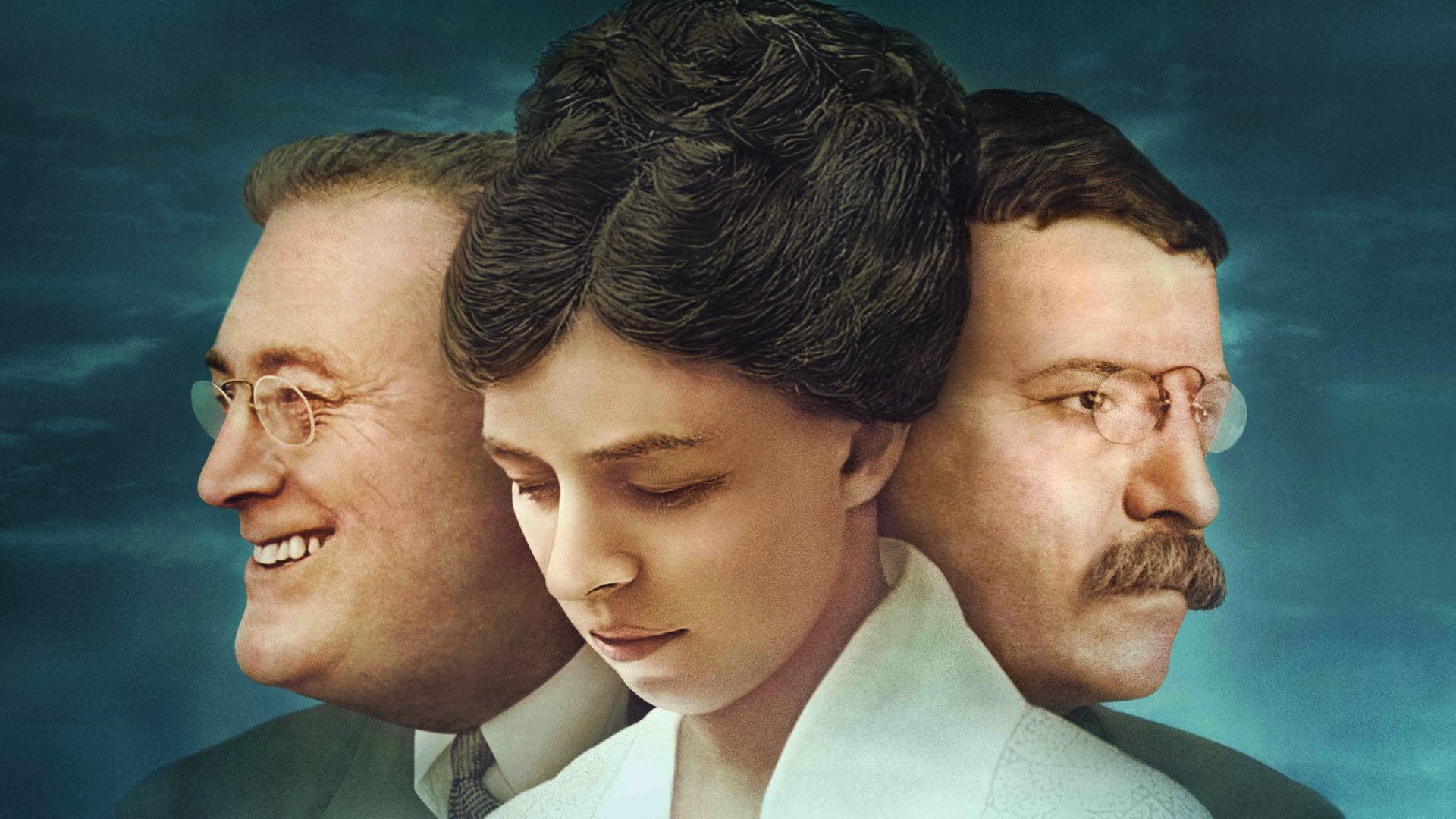 The Roosevelts chronicles the lives of Theodore, Franklin and Eleanor Roosevelt, three members of the most prominent and influential family in American politics. Watch now.

They called themselves the United Society of Believers in Christ's Second Appearing, but because of their ecstatic dancing, the world called them Shakers. Ken Burns creates a moving portrait of this particularly American movement, and in the process, offers us a new and unusually moving way to understand the Shakers. Watch now.

For more than 100 years, the Statue of Liberty has been a symbol of hope and refuge for generations of immigrants. In this lyrical, compelling and provocative portrait of the statue, Ken Burns explores both the history of America’s premier symbol and the meaning of liberty itself. Watch now.

The tumultuous story of the national pastime from the 1990s to the present day. Watch now.

His paintings were burly. Energetic. And as uncompromising as the Midwestern landscapes and laborers they celebrated. Thomas Hart Benton depicted a self-reliant America emerging from the Depression. Ken Burns tells the bittersweet story of an extraordinary American artist who became emblematic of the price all artists must pay to remain true to their talents and themselves. Watch now.

Thomas Jefferson embodies within his own life the most profound contradictions of American history: as the author of the Declaration of Independence, he gave voice to our fervent desire for freedom, but he also owned more than 150 slaves and never saw fit to free them. Watch now.

Follow Jack Johnson's remarkable journey from his humble beginnings in Galveston, Texas, as the son of former slaves, to his entry into the brutal world of professional boxing. Watch now.

The story of one of the most consequential, divisive and controversial events in American history as it has never before been told on film. Visceral and immersive, the series explores the human dimensions of the war through revelatory testimony of nearly 80 witnesses from all sides — Americans who fought in the war and others who opposed it, as well as combatants and civilians from North and South Vietnam. Watch now. 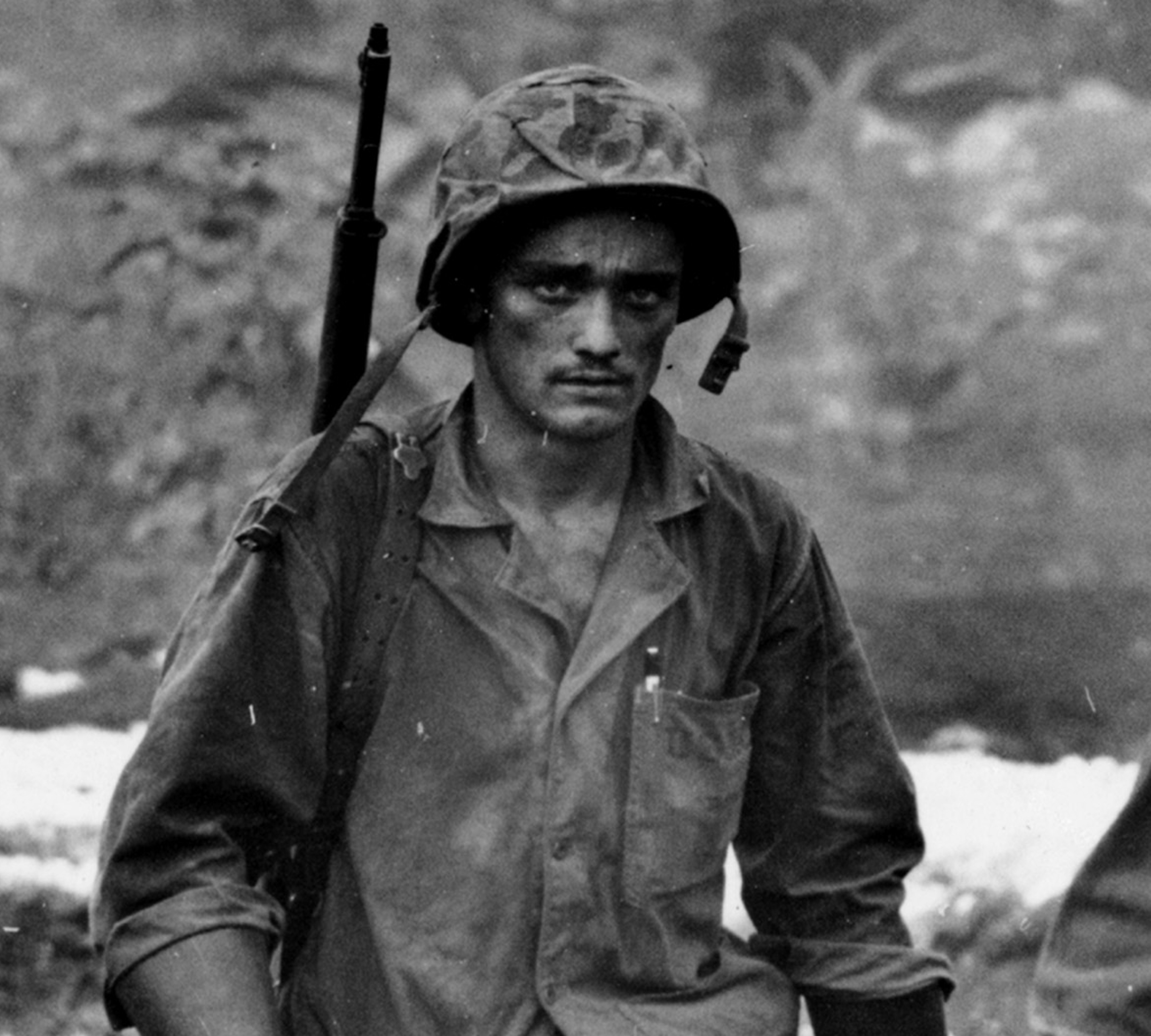 The War is the story of the Second World War through the personal accounts of a handful of men and women from four American towns. Watch now.

An American epic overflowing with heroes and hopefuls, scoundrels and screwballs.

Trace the bridge's transformation from a feat of heroic engineering to an honored symbol.

A nine-part series that explores the most important conflict in our nation's history.

Follow the events that shaped the first 200 years of congress and, in turn, our country.

Hear the remarkable stories of the people and places behind a true American art form.

Empire of the Air

Follow the pioneers of radio whose genius and rivalry wove unexpected and tragic stories.

This two-part documentary explores the life of one of America's greatest architects.

The remarkable story of the first person to cross the United States by car.

A complex and comprehensive portrait of the man, his politics and the power he sought.

Examines the life and times of Jack Roosevelt Robinson.

Enter the world of Lewis, Clark and the rest of the Corps of Discovery.

An illuminating portrait of a man who is one of the greatest writers in American history.

Recount the trials, tribulations and triumphs of two pioneers of the women’s movement.

The story of the rise, rule, and fall of prohibition and the entire era it encompassed.

A chronicle of three members of the most influential family in American politics.

Explore the creation of the Statue of Liberty and what it represents to all Americans.

Take a timely look at how one institution has met the changing demands of healthcare.

The story of five teenagers who were wrongly convicted in the Central Park Jogger case.

The story of an idea as American as the Declaration of Independence and just as radical.

The epic story of the Vietnam War as it has never-before been told on film.

The story of the Second World War, told via personal accounts from four American towns.

The bittersweet story of an extraordinary American artist.

Thomas Jefferson is a two-part portrait of our enigmatic and brilliant third president.

Ken Burns follows the growth and development of jazz music.

A school in Vermont where students are encouraged to memorize the Gettysburg Address.