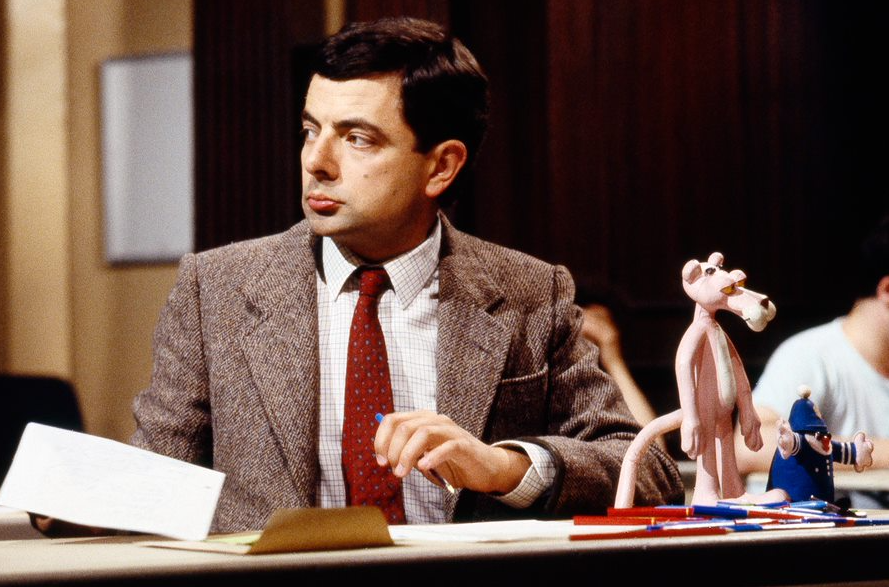 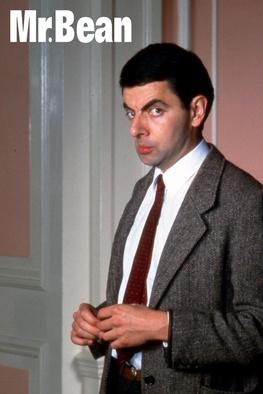 Rowan Atkinson’s madcap creation "Mr. Bean" has been a global phenomenon for more than 30 years. See how it all began with the cult-classic series that features Mr. Bean stumbling through a never-ending series of cringeworthy situations.

Video description: Mr. Bean attends a mathematics exam, where he tries to copy from a student under the nose of the invigilator. Afterwards, he surreptitiously changes into his swimming trunks so as not to be noticed by someone sitting nearby at a beach and later struggles to stay awake during a church service, much to the annoyance of the man sitting next to him, Mr. Sprout.

S1 E101 / 25m 27s / TV-G
Mr. Bean attends a mathematics exam, where he tries to copy from a student under the nose of the invigilator. Afterwards, he surreptitiously changes into his swimming trunks so as not to be noticed by someone sitting nearby at a beach and later struggles to stay awake during a church service, much to the annoyance of the man sitting next to him, Mr. Sprout.
Donate to watch

The Return of Mr. Bean

S1 E102 / 25m 24s / TV-G
Bean tries out his new credit card at a department store, visits a fancy restaurant for his birthday and is served an unwanted dish, leading him to try a variety of strategies to avoid eating it, and then has an unfortunate altercation with Queen Elizabeth The Queen Mother.
Donate to watch

The Curse of Mr. Bean

S1 E103 / 24m 56s / TV-G
Bean visits the local swimming pool where he realizes that he is scared of diving, tries to find a way to leave the car park without paying, makes a sandwich in the park sitting next to a man (Angus Deayton), jumps a traffic light in his car by getting out and pushing it, and then joins his girlfriend (Matilda Ziegler) to watch a scary movie at the cinema.
Donate to watch

S1 E104 / 24m 18s / TV-G
Bean buys a new portable television but has difficulty getting good reception. At the park, he has his camera stolen and later finds a unique way of identifying the culprit (Nick Hancock). After leaving his shoe on top of a car, Bean hops around town to retrieve it and later takes his girlfriend to see a magic show and have a dance at the disco for a night.
Donate to watch

The Trouble with Mr. Bean

S1 E105 / 24m 54s / TV-G
Bean wakes up late for his dental appointment, forcing him to drive to the clinic while dressing and brushing his teeth. At the clinic, his appointment progresses badly after he accidentally anesthetizes the dentist (Richard Wilson), forcing him to finish the dental procedure himself. He then heads to the park to have a peaceful picnic by himself but is then pestered by wasps.
Donate to watch

S1 E106 / 24m 1s / TV-G
On his way to post a letter, Bean attempts to save a man suffering from a heart attack, but when the ambulance arrives, Bean uses it to jump start his Mini's dead battery, inadvertently disabling the ambulance. Bean packs for a holiday, suffers from a noisy laughing man during a train ride and then attempts to entertain a sick boy on a plane.
Donate to watch

S1 E107 / 25m 38s / TV-G
On Christmas Eve, Bean heads to town to purchase preparations for the holidays, during which he plays with a Nativity scene at a department store and later conducts a Christmas band at the town market. On Christmas Day, he attempts to cook a turkey, during which he accidentally gets his head stuck inside it, and later relaxes for a reserved Christmas meal with his girlfriend.
Donate to watch

S1 E108 / 24m 34s / TV-G
Bean treats himself to a bank holiday weekend at the Queen's Hotel, where he seeks competition with his hotel neighbor involving rooming and dining. After he eats some spoiled oysters for dinner by accident, he has a nightmare about them and his neighbor.
Donate to watch

S1 E109 / 24m 38s / TV-G
On his way to the South Sea funfair, Bean accidentally becomes lumbered with a baby boy with no idea of how or where he came from, forcing him to try having fun at the fair with the baby. Throughout the day, the baby manages to survive Bean's unique style of mishaps before being reunited with his mother at the end.
Donate to watch

S1 E110 / 25m 15s / TV-G
On New Year's Eve, Bean hosts his very own party with his best friends, but it isn't long before his guests discover that there is more fun at the party next door and trick Bean into letting them go. The following morning, Bean buys construction tools and a large recliner at the department store and has a unique way of driving then home.
Donate to watch

Back to School Mr. Bean

S1 E111 / 24m 47s / TV-G
Bean attends the opening day of a new local school, where he unleashes his usual brand of chaos in the various classes he visits. Afterwards, Bean's day soon takes a somber turn when he finds that his Mini isn't parked where he left it.
Donate to watch

S1 E112 / 25m 13s / TV-G
After causing chaos at the town launderette while having his laundry cleaned, Bean tries his hand at mini golf, but after being told by the course's owner that he can only touch the ball with the club and not with his hands, Bean's poor aim leads him on an elaborate tour around town before ultimately returning to the course several hours later with a final score of 3,427 strokes.
Donate to watch

S1 E113 / 24m 21s / TV-G
At a hospital waiting room, Bean find ways to jump the queue. Later at a park, he tries to get his camera to automatically take a picture of him standing next to a Queen's Guard, all the while taking advantage of the guard's duty to remain still by doing all he can to comically alter his appearance. At the end of the day, Bean tries to cure his insomnia with some unusual methods at home.
Donate to watch

Hair by Mr. Bean of London

S1 E114 / 26m 31s / TV-G
At a barbershop, Bean holds the fort for his hairdresser when he goes to answer a phone call, resulting in him giving several customers terrible haircuts. Later, Bean heads to a fete, where he cheats at all the games and enters Teddy into a children's pet show, where his inanimacy allows Bean to pass all the obedience tests with flying colors.
Supported by