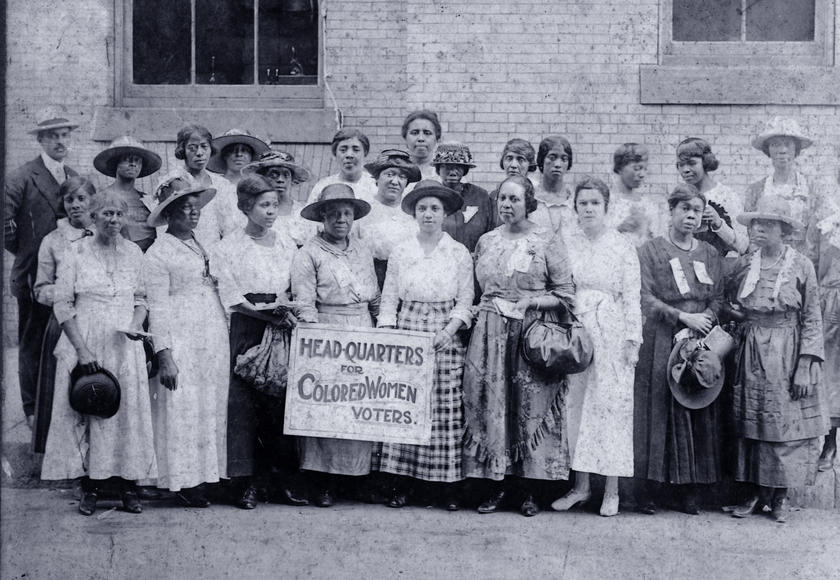 This summer, KCTS 9 celebrates the 100th anniversary of the 19th amendment, which passed in June of 1919 and ratified in August of 1919. We’re looking back at 100 years of the feminist movement and women who changed history — women we are calling “Trailblazers.” These Trailblazing Women fought for the right to vote and never stopped fighting throughout the 20th Century.

In addition to summer of special programs, we marked this anniversary with a free virtual event. On Tuesday, June 23, we  will (virtually) sat down with some extraordinary women to discuss the past, present and future of women's rights and the suffragette movement of the early 1900s. Panelists included President of the K.D. Hall Foundation KD Hall, community organizer and attorney Nikkita Oliver, Seattle Municipal Court judge the Honorable Anita Crawford-Willis and Executive Director of Amplifier Cleo Barnett. The conversation was moderated by Crosscut Now host Starla Sampaco. To watch a recording of this event, click here. And, for local resources surrounding The Vote, click here.

So, don't miss these specials and documentaries featuring some of the most influential women of the past century, airing all summer on KCTS 9. 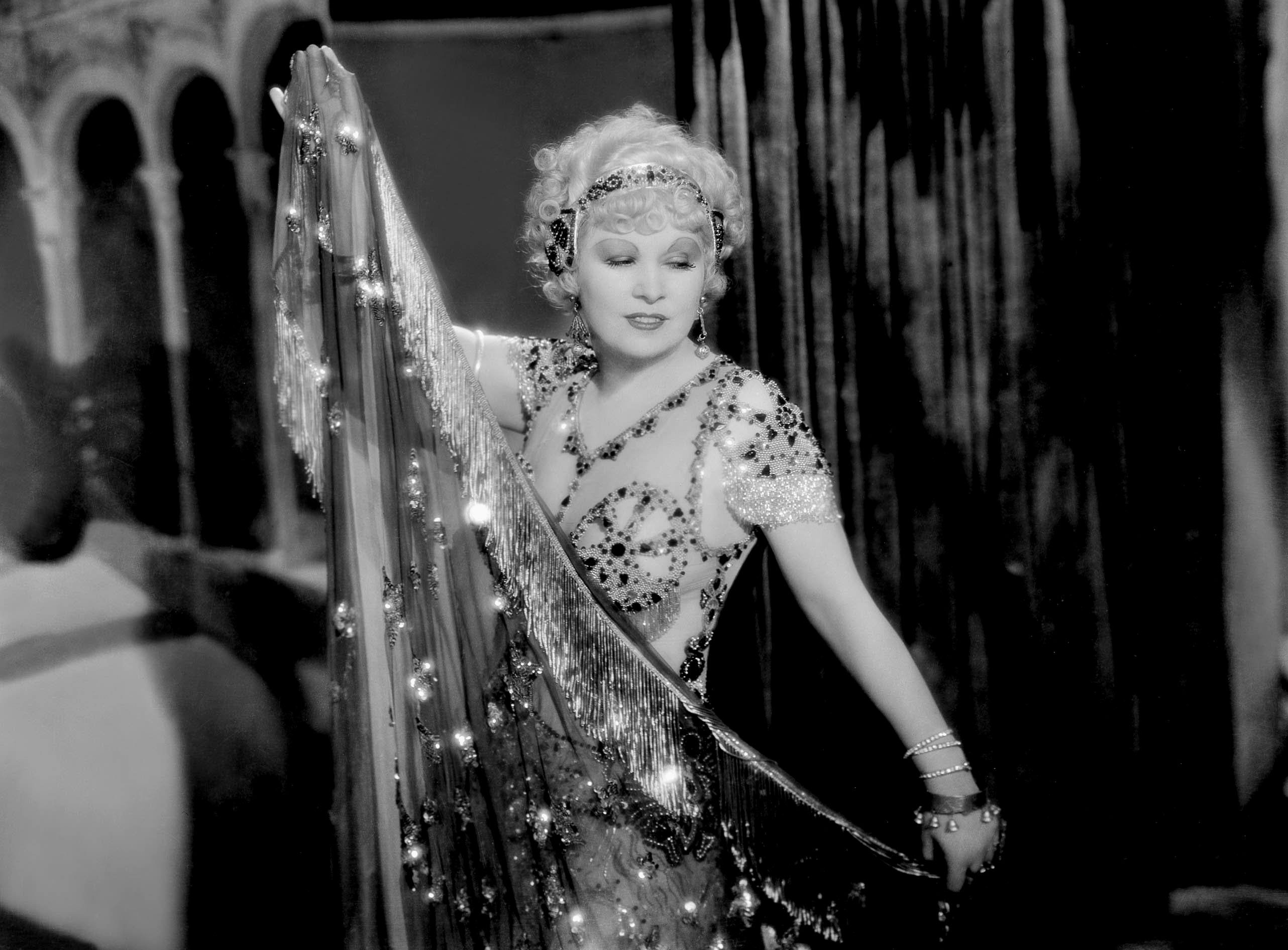 Mae West achieved acclaim in every entertainment medium that existed during her lifetime. An actress at seven, a vaudevillian at 14, a dancing sensation at 25, a Broadway playwright at 33, a silver screen ingenue at 40, a Vegas nightclub act at 62, a recording artist and camp icon in her 70s and 80s – West left no format unconquered. Watch American Masters “Dirty Blonde” on Tuesday, June 16, at 8:00 p.m. 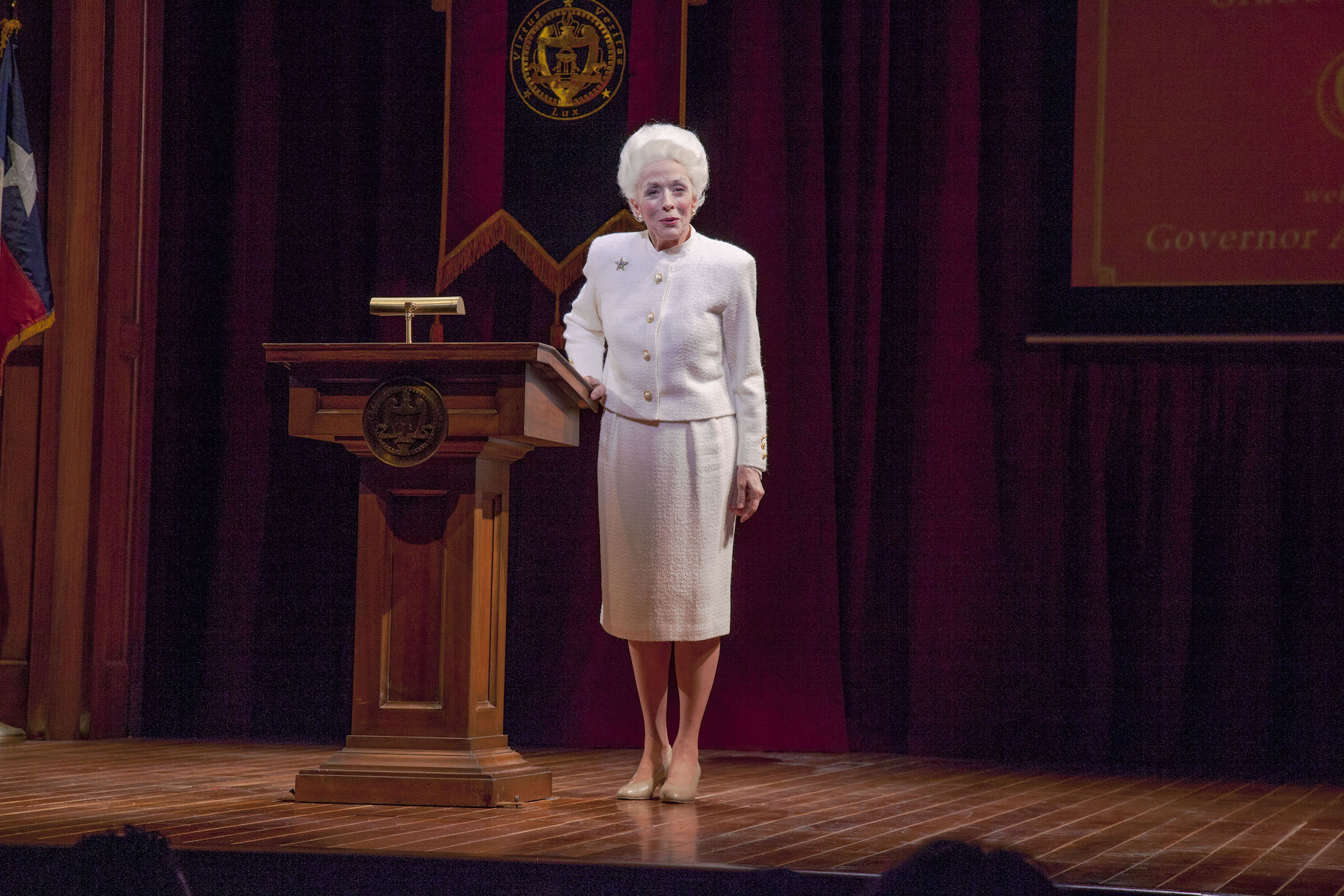 This theatrical biography is a no-holds-barred portrait of Ann Richards, the legendary Texas governor, a complex character bigger than the state from which she hailed. Written and performed by Holland Taylor, Ann reveals an impassioned woman who enriched the lives of her followers, friends and family. ‘Ann’ airs Friday, June 19, at 8:00 p.m. 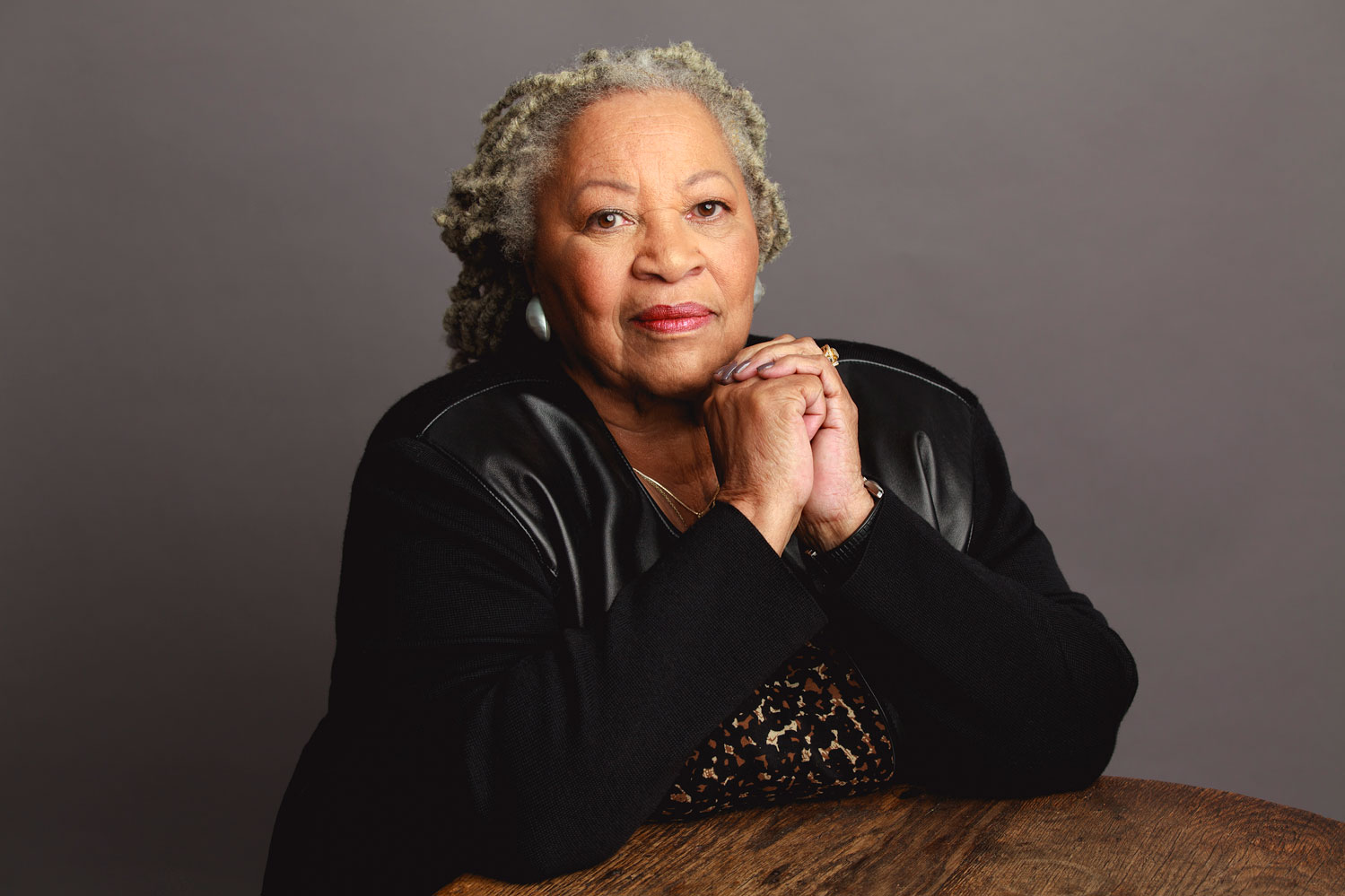 American Masters, Toni Morrison: The Pieces I Am

This documentary is an intimate meditation on the legendary storyteller that examines her life, her writing and the powerful themes she confronted throughout her career. Recipient of the 1993 Nobel Prize for Literature, Morrison leads an assembly of her peers, critics and colleagues in this film’s exploration of race, American history and the human condition. Watch “Toni Morrison: The Pieces I Am” on Tuesday, June 23, at 8:00 p.m.

Watch from American Masters online. Or watch the episode, "Toni Morrison: The Pieces I Am." 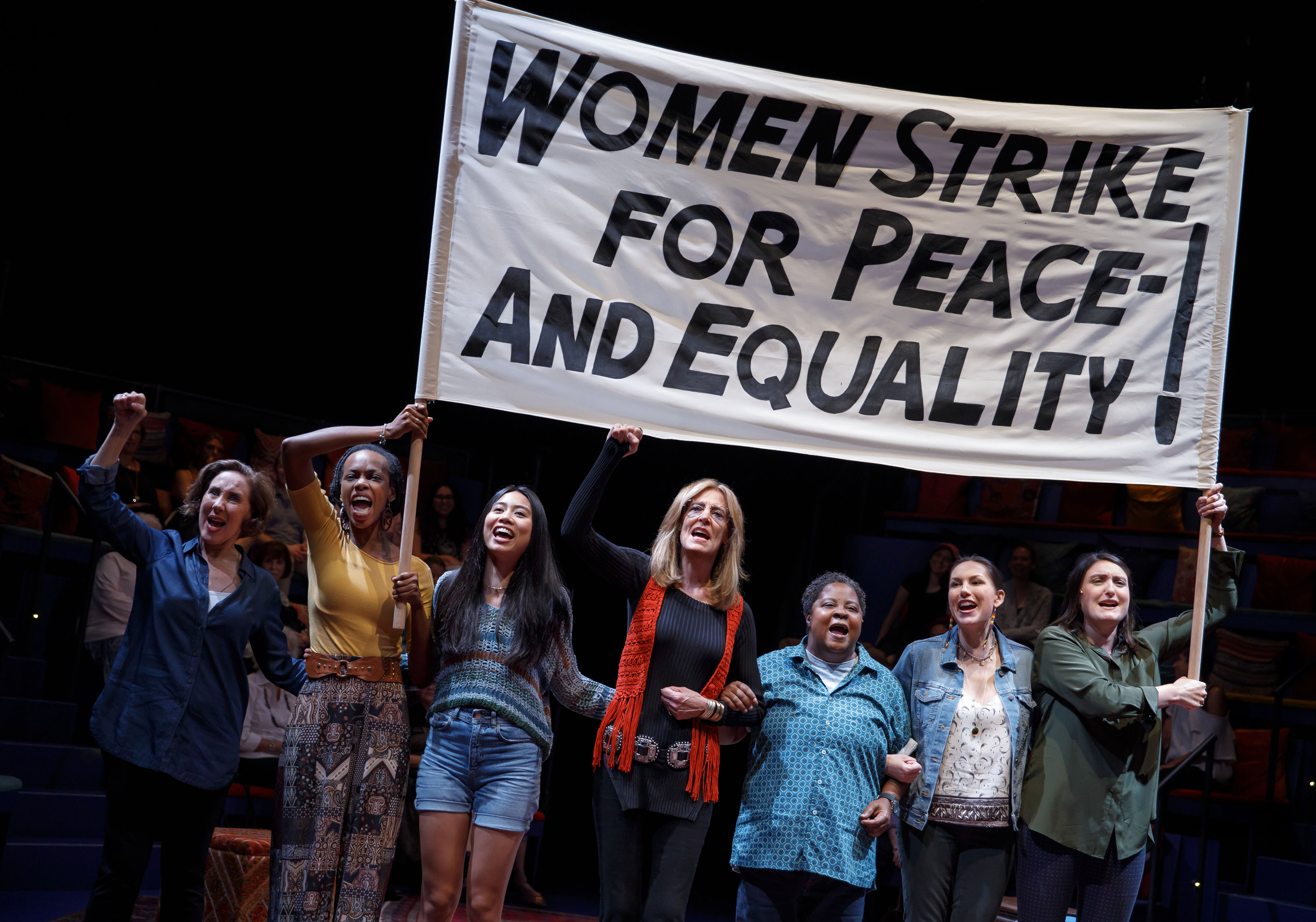 Five decades after Gloria Steinem began raising her voice for women’s equality, her call to action is as urgent as ever. Steinem’s belief in conversation as a catalyst for change offers a path forward that is perfectly suited to live theater. Christine Lahti leads the all-female cast of this remarkable production. Watch “Gloria: A Life,” June 26, at 9:00 p.m. 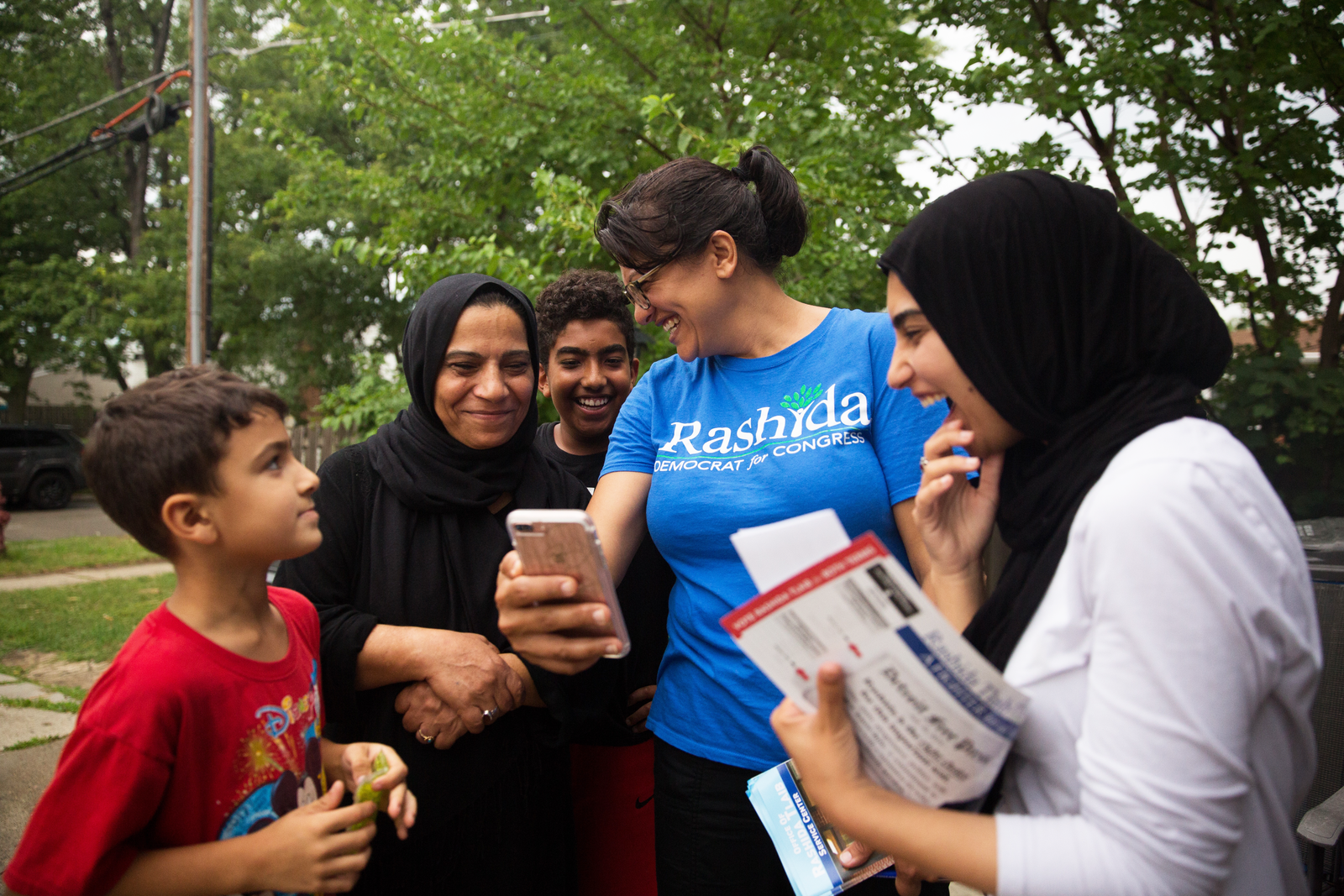 POV, And She Could Be Next

This two-part series follows newly elected women in the U.S. Congress and asks whether democracy itself can be preserved – and made stronger – by those most marginalized. Filmed between March 2018 and 2019, the series tells the story of five candidates as they interact with voters, conduct embattled campaigns and balance work and personal life. “And She Could Be Next” premieres Monday, June 29, at 9:00 p.m.

Watch POV online. Watch the episode, “And She Could Be Next.” 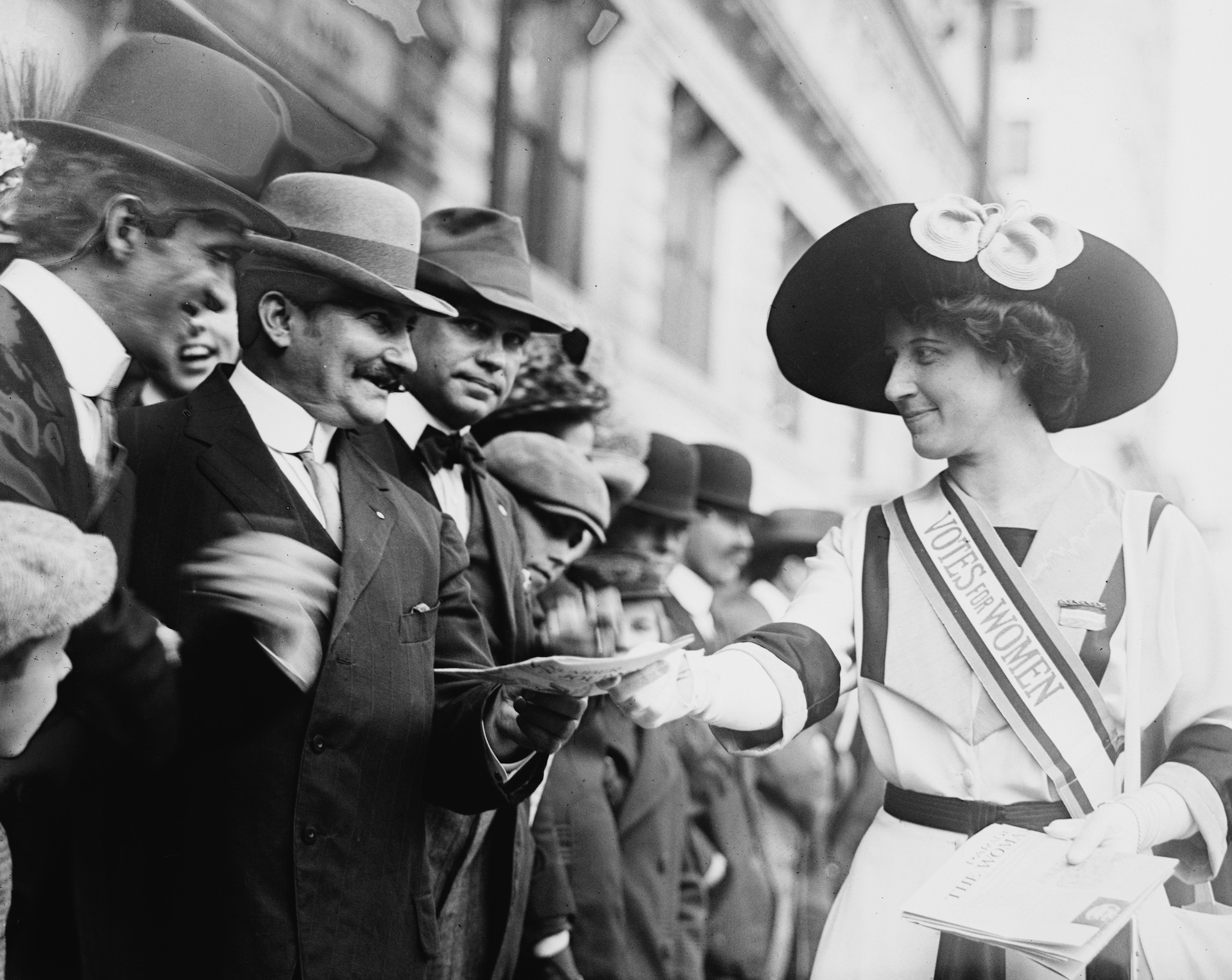 To mark the 100th anniversary this summer of the passage of the 19th Amendment, this two-part series tells the story of the fiery campaign by women for the right to vote, a transformative movement that resulted in the largest expansion of voting rights in U.S. history. In its final decade, from 1909 to 1920, the movement wrestled with contentious questions about the most effective methods for affecting social change, as leaders debated the use of militant, even violent tactics. The battle for the vote also upended previously accepted ideas about the role of women in American society and challenged the definitions of citizenship and democracy. “The Vote” premieres Monday, July 6, at 9:00 p.m.

Watch American Experience online. Watch the premiere of "The Vote." 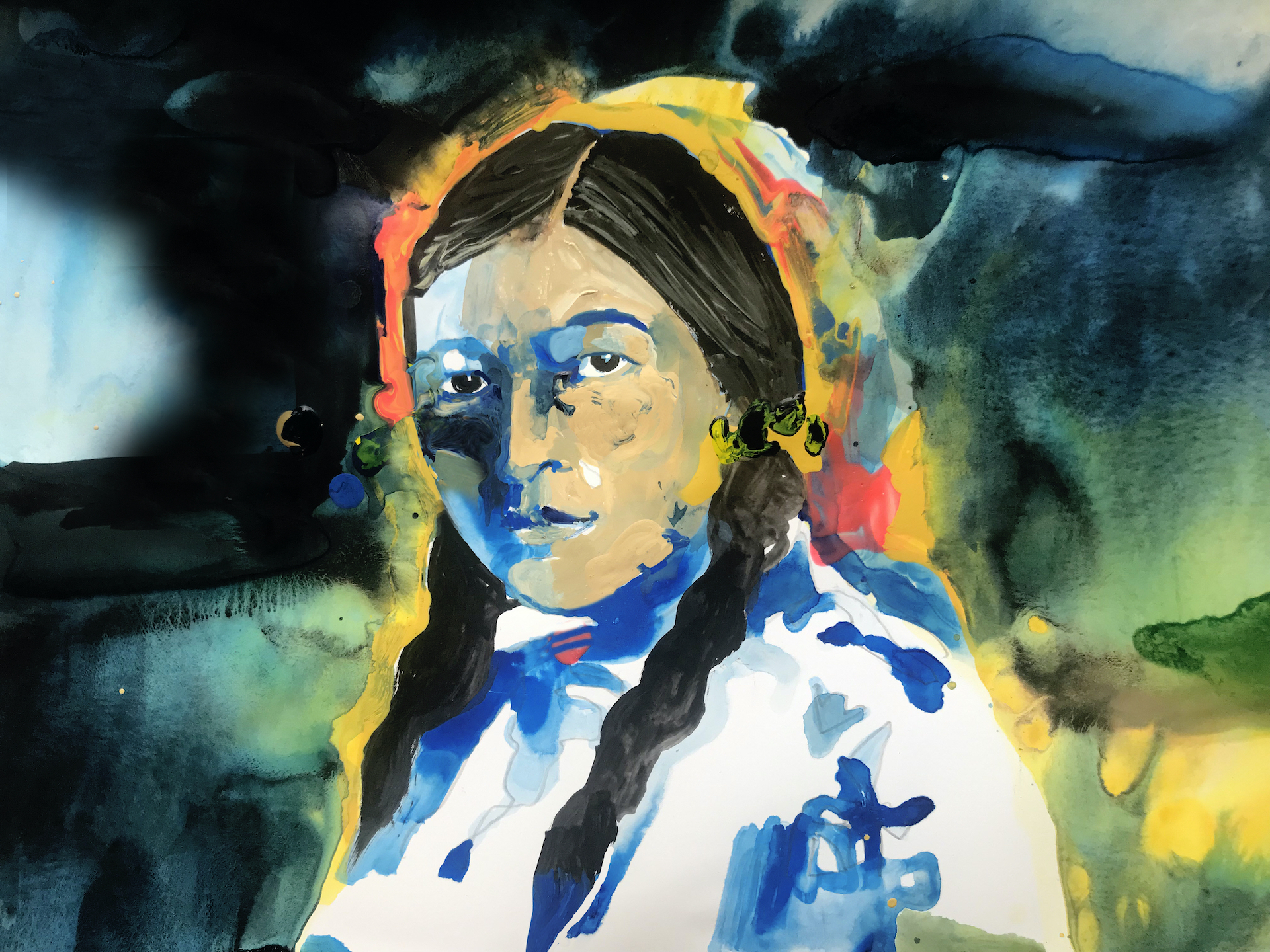 Narrated by award-winning actor Julianna Margulies, this film focuses the ways women shaped American politics over 100 years ago. It features the rich biographies of little-known women trailblazers, including the first women to hold elected office, women who fought to ensure that all citizens are treated equally, and one woman who took on the U.S. government to fight for the sovereignty of her island nation. Their stories are brought to life through rare archival imagery and fascinating interviews with historians and descendants who reflect upon the influence of these pioneers. Watch Unladylike Friday, July 10, at 10:00 p.m. 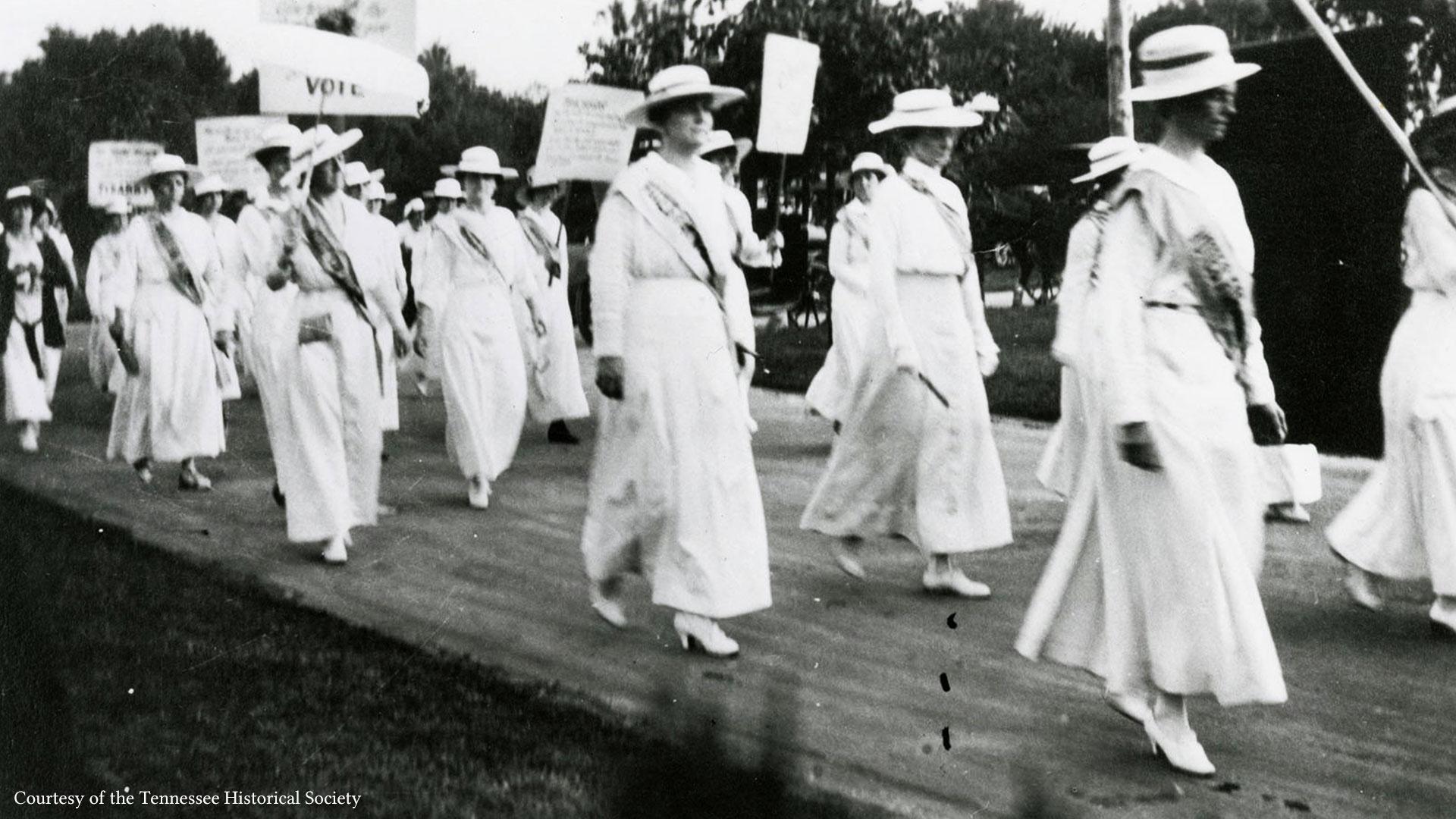 By One Vote: Women's Suffrage in the South

In August 1920 in Nashville, Tennessee, legislators cast the deciding vote to ratify the 19th Amendment, thus giving women in the United States the right to vote. Narrated by Rosanne Cash, "By One Vote: Woman Suffrage in the South" chronicles events leading up to that turbulent, nail-biting showdown. Watch By One Vote on Monday, July 20, at 1:00 p.m. 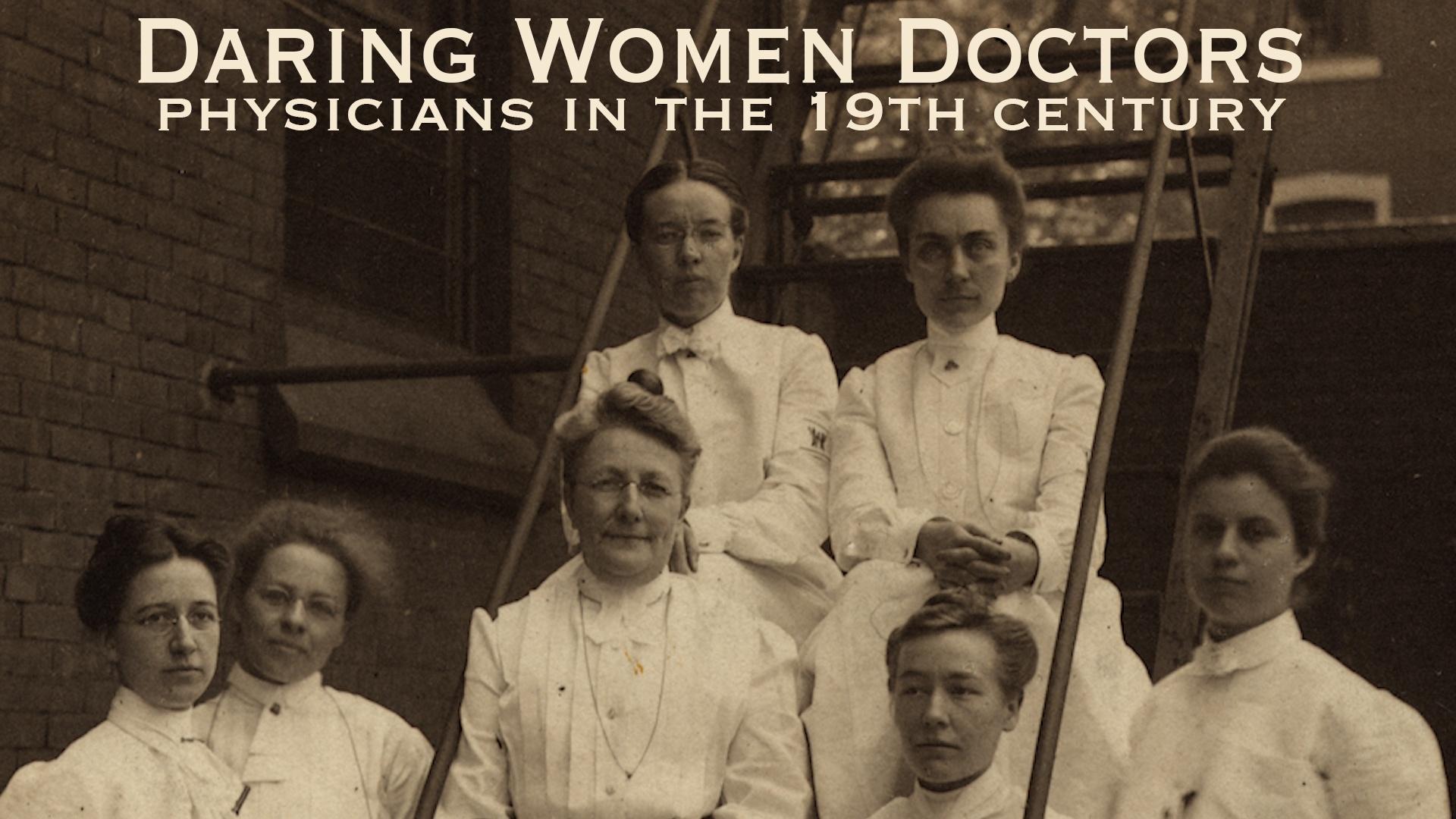 “Daring Women Doctors" highlights the intrepid, pioneering and diverse women who faced hostility and resistance in their pursuit of medical educations. This documentary examines how these women physicians greatly impacted their communities around the United States and internationally. Watch Daring Women Doctors on Monday, July 20, at 2:00 p.m.

Thank you to our sponsors: 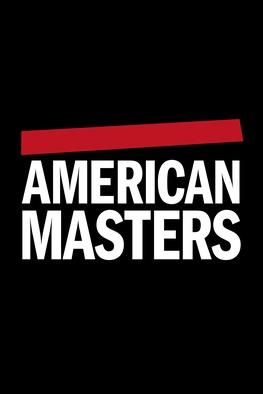 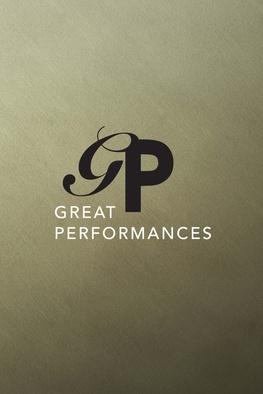 The world of classical performing arts is brought to the comfort of your living room. 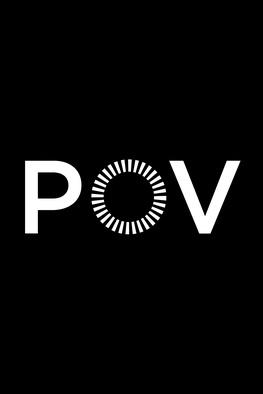 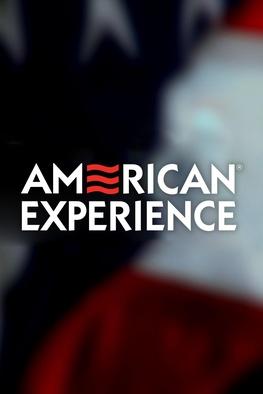 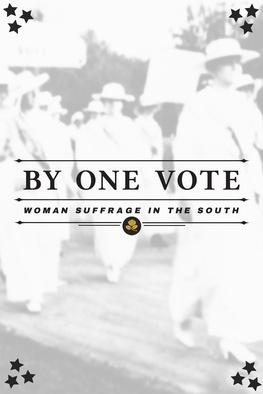 By One Vote: Woman Suffrage in the South

"By One Vote" charts Tennessee's deciding vote for the 19th Amendment.