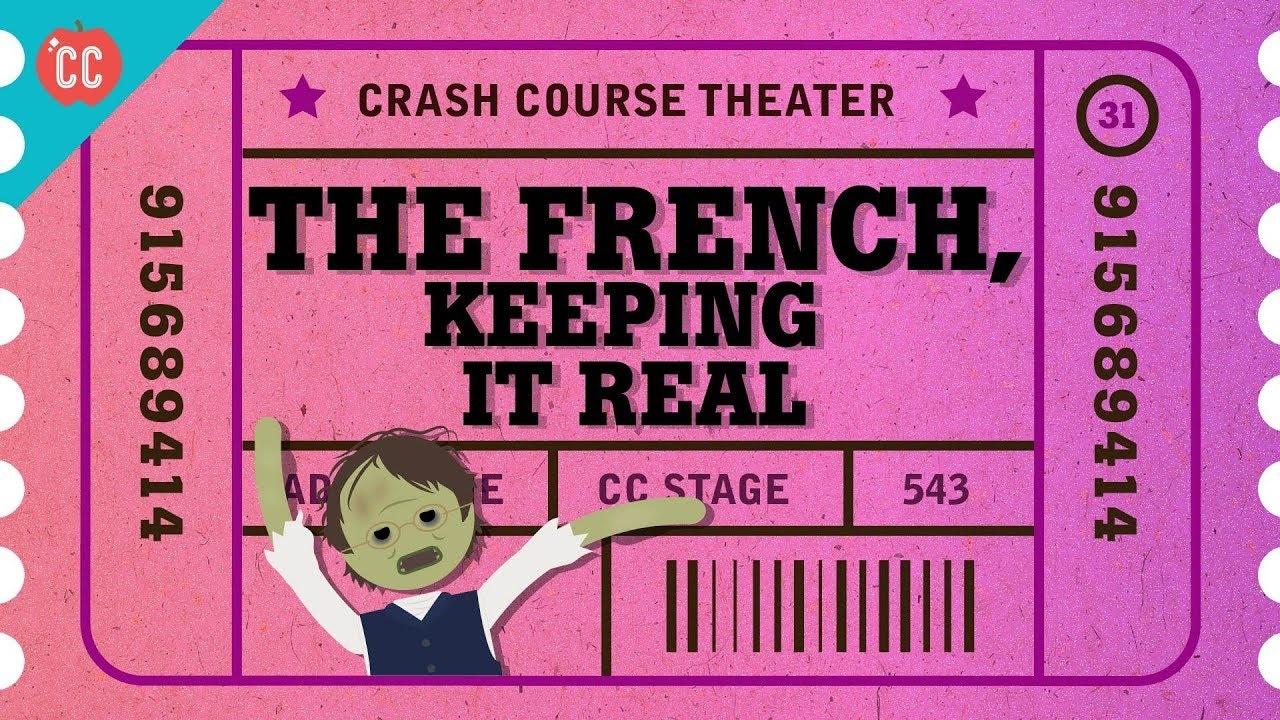 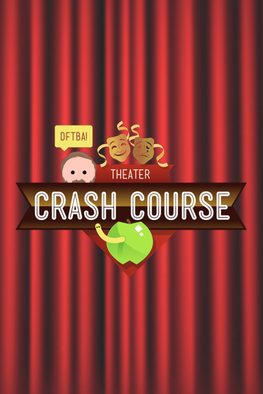 Welcome to Crash Course Theater! Are you in drama club? Want to know about the history of theater? Maybe learn some theater history? Have a lot of fun? This is the series for you! We learn about the history and workings of the dramatic arts, together.

S1 E11 / 12m 20s
Mike is taking you to Japan to look at Noh theater. Noh, and its counterpart Kyogen are some of the most revered theater forms in Japan, and are still performed today. Today you'll learn how Noh grew out of traditional Shinto dances, what a Noh theater looks like, and how audiences managed to sit through 8 hour performance in the days before memory foam theater seats. (hint: it was the Kyogen).
Watch Episode

Get Outside and Have a (Mystery) Play

S1 E10 / 11m 10s
Not long after drama reappeared in the unlikely home of European churches, the church decided again it didn't like theater. And so, the budding dramatic scene was kicked out into the harsh elements of the outdoors. Today we'll learn about mystery plays, cycle plays, pageant wagons, and how medieval European theater moved from being a religious phenomenon to a secular one.
Watch Episode

Hrotsvitha, Hildegard, and the Nun who Resurrected Theater

S1 E9 / 11m 1s
When last we saw Theater, it was just making its way back in the West, by sneaking a little drama into the Easter mass. In today's episode, we're talking about Hrotsvitha, the cool 10th century nun from Lower Saxony who was maybe the first playwright of the new era of theater. She wrote comedies with a moral message, and influenced future heavy hitters like Hildegard of Bingen.
Watch Episode

The Death and Resurrection of Theater as... Liturgical Drama

S1 E8 / 11m 59s
As the Roman Empire fell, so did the theater. If there's anyone who hates theater and actors more than Romans, it's early Christians. As Christianity ascended in the west, theater declined. But, fear not. This isn't the end of the series. Theater would be back, and in the best subversive theater-y fashion, it would return via the Catholic mass!
Watch Episode

Nostrils, Harmony with the Universe, and Ancient Sanskrit Th

S1 E7 / 12m 2s
Ancient Sanskrit theater is one of the oldest theater traditions, and thanks to Bharata Muni and his treatise on theater, the Natyashastra, we can tell you quite a bit about it, all the way down to eyebrow and nostril poses. This week you'll learn about the drama of ancient India, and its connection to the Mahabharata and the Ramayana.
Watch Episode

S1 E6 / 11m 28s
In which Mike delves into the theater of ancient Rome. It wasn't all gladiators and Christian-killing, you know. There was theater, too. Roman drama drew heavily on Greek drama. So heavily, in fact, that many of the stories and characters were lifted directly from Greek plays. This time around, you'll learn about Plautus, Terence, and Seneca, and just what they owe to Menander.
Watch Episode

Dances to Flute Music and Obscene Verse. It's Roman Theater,

S1 E5 / 11m 52s
Today, Mike Rugnetta takes you from our beginnings in ancient Greek theater, and moves on to the development of Roman theater. Which, it turns out, is A LOT like Greek theater. Because the Romans were real Grecophiles, they modeled their plays on the Greeks.
Watch Episode

S1 E4 / 11m 2s
This week, we're diving head first into Greek Comedy. But don't get TOO ready for hilarity. Taste in humor has changed a little over the last couple of thousand years. You already know about Greek Tragedies, with their hamartia and catharsis and whatnot. Today we're going to look at how Greek comedy evolved out of those tragedies, first as Satyr plays, and later as full-blown comedies.
Watch Episode

S1 E3 / 11m 55s
Aristotle. He knows a lot, right? And if you choose to believe Aristotle, then you must believe all the mechanics of tragedy that Mike is about to lay on you. This week, we're looking at Aristotle's rules for the basic elements of theater, and how those can be used to bring about catharsis, the emotional release triggered by onstage trauma. You know you love the catharsis.
Watch Episode

Thespis, Athens, and The Origins of Greek Drama

S1 E2 / 9m 52s
This week on Crash Course Theater, Mike is acting like theater started in Greece. Well, for the western theater, this is true. The earliest recorded drama in the west arose in Athens, and these early plays grew out of religious ritual. Namely, they evolved from the worship of Dionysus, god of wine, fertility, and RITUAL MADNESS. That's right. I said RITUAL MADNESS.
Watch Episode

S1 E1 / 13m 35s
We're going to ask the two classic questions about theater. 1.What is theater? And 2. Is it spelled -re or -er? Well, there's a clue to question two in the title of the video. The first question is a little trickier. We'll look at some of the historical definitions of theater, and investigate some of the ways people have thought about theater in different times and places in the world.
Supported by