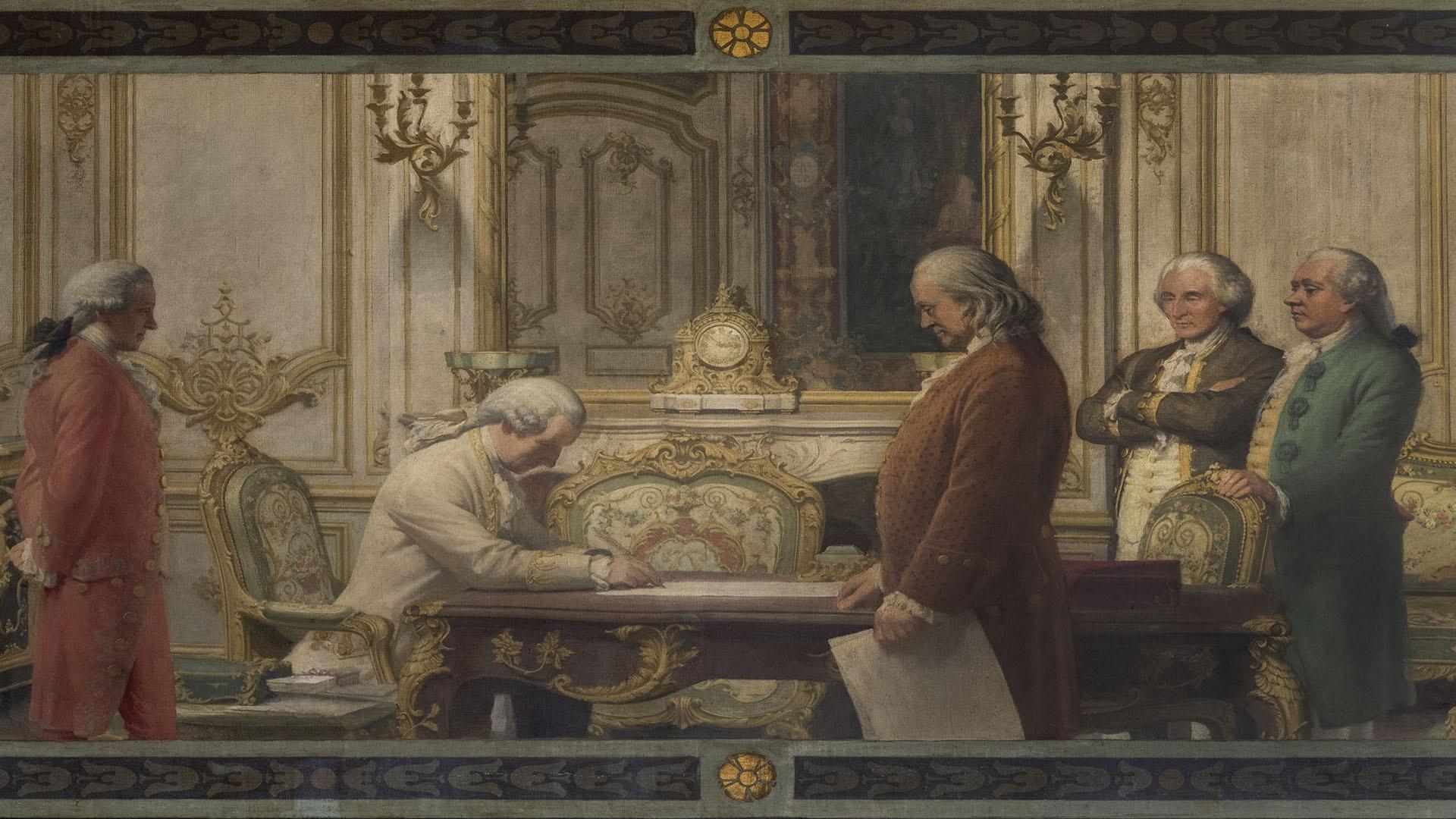 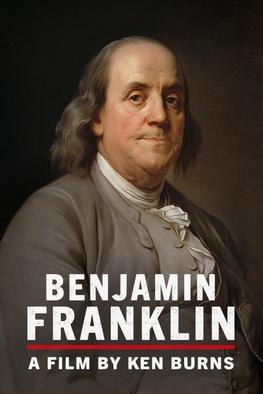 Ken Burns’s two-part, four-hour documentary, "Benjamin Franklin," explores the revolutionary life of one of the18th century's most consequential and compelling personalities, whose work and words unlocked the mystery of electricity and helped create the United States.

Video description: Ken Burns’s four-hour documentary, Benjamin Franklin, explores the revolutionary life of one of the 18th century’s most consequential figures, whose work and words unlocked the mystery of electricity and helped create the United States.

Behind the Scenes | Exploring Benjamin Franklin

2m 2s
Get an inside look from Ken Burns and those featured in the film on why they chose to explore the life of Benjamin Franklin.
Watch Clip

6m 9s
An African slave in Boston, Onesimus, introduced Cotton Mather to the concept of inoculation, which meant fewer deaths in a smallpox epidemic. Franklin was an early proponent of inoculation but when smallpox struck Philadelphia he and Deborah delayed inoculating their son. Franky contracted smallpox and died. This extended scene from BENJAMIN FRANKLIN includes bonus material not in the final film.
Watch Clip

Franklin Makes a Name for Himself as a Printer

3m 53s
Franklin, who had only two years of formal education, largely taught himself through reading and on the job. At age 12, he joined his older brother James’s print shop as an apprentice printer. Later, when an essay appeared in James’s newspaper over the name Silence Dogood, no one, including James, knew the real author was 16-year-old Benjamin.
Watch Clip

1m 49s
Slavery was legal in all thirteen colonies that eventually formed the United States. In the middle of the 18th Century, nearly a tenth of Philadelphia’s residents were enslaved—working in businesses and homes, including Franklin’s. Many Philadelphians, including Franklin’s friends and colleagues, were vocally antislavery. But Franklin, committed to slave labor, did not join them.
Watch Clip

1m 55s
Franklin developed a musical instrument that he called the armonica (after the Italian word for harmony). To play the armonica, a musician powered a foot pedal to rotate 36 concentric glass bowls and produced notes by putting wet fingers to the spinning glass. In Austria, the glass armonica provided the music for a royal wedding. Mozart and Beethoven would compose chamber pieces for it.
Watch Clip

1m 58s
Deborah Franklin encouraged her husband to visit a new school for enslaved and free Black children in Philadelphia. After his visit, Benjamin Franklin admitted that he had previously held a low opinion of the “natural Capacities of the black Race,” but observing the children at school had proven his prejudices wrong. He now knew they were “in every Respect equal to that of white Children.”
Watch Clip

3m 46s
The recent war with France had expanded England’s empire, but left its treasury depleted. In the spring of 1765, the king’s ministers and Parliament came up with a new way to raise more money from the American colonies: The Stamp Act. Now, all legal documents, newspapers, books, almanacs—even decks of playing cards—would need official stamps, purchased from the government.
Watch Clip

Franklin’s Observations and Experiments on Electricity

5m 31s
Franklin made groundbreaking discoveries in his study of electricity. He wrote up his observations and experiments, which were published abroad and made him world-famous. He coined new terms—like “positive,” “negative,” “charge,” “conductor” and “battery.” And he proved that lightning was electrical in nature with his famous experiment in 1752 with a kite and a key.
Watch Clip

The Franklins Choose Opposing Sides in the Revolution

2m 26s
In the decades before the American Revolution, Benjamin Franklin and his son William collaborated intimately to promote the British Empire in America. But when war broke out, their family, like countless others, was torn apart. Benjamin Franklin supported George Washington’s army and sided with the rebels—the Patriots. William Franklin, the Royal Governor of New Jersey, remained loyal to the King.
Watch Clip

6m 2s
As Britain and the colonies grew apart, Benjamin Franklin, the most famous American in London and an agent for several colonies, found himself caught in the middle. After the Boston Tea Party, he was publicly humiliated in a government meeting room called the Cockpit and blamed for the crisis across the ocean. It was clearer than ever that Franklin would have to choose a side.
Watch Clip

The Declaration of Independence

3m 17s
After reading Thomas Jefferson’s draft of the Declaration of Independence, Franklin offered only a few edits, but one of them was pivotal. In his draft, Jefferson’s most important sentence began, “We hold these truths to be sacred and undeniable, that all men are created equal…” Franklin crossed out “sacred and undeniable” and wrote in “self-evident.”
Watch Clip

An American Celebrity in France

4m 37s
In 1776, people in France had never heard of any American, except for Benjamin Franklin. Congress sent Franklin to Paris to win foreign support for the American Revolution, and the French people treated him like a celebrity when he arrived. But Franklin had serious business to attend to. Without aid from the French monarchy, America’s fight for independence might be lost quickly.
Watch Clip

Franklin and Adams: Rivals on the Same Diplomatic Mission

4m 3s
Benjamin Franklin and John Adams served the United States together as diplomats to France during the American Revolution, but they frustrated each other with their conflicting approaches to the job. Adams was impatient and did not recognize that Franklin’s popularity was an important asset in securing vital French support for the war effort.
Watch Clip

4m 20s
On September 3, 1783, Franklin and the other peace commissioners signed the Treaty of Paris. The American Revolutionary War was over, and Britain officially recognized the independent United States of America and its claims to a third of the North American continent. For others who were not party to the peace talks, especially Native Americans, the treaty was devastating.
Watch Clip

3m 3s
Traveling together on Congressional business, Benjamin Franklin and John Adams stopped for the night at a wayside inn that only had one bed available. They decided to share the room and argued about whether or not to close the window until Adams fell asleep. This humorous scene contains bonus material from BENJAMIN FRANKLIN not in the final film.
Watch Clip

5m 15s
Though he also lived in Boston, Philadelphia, and Paris, Franklin’s only surviving residence is Benjamin Franklin House on Craven Street in central London. Márcia Balisciano, the director of the Benjamin Franklin House museum, talks about the building’s history from Franklin’s time to ongoing conservation efforts in this bonus scene from BENJAMIN FRANKLIN with material not in the final film.
Watch Clip

Compromise and the Constitution of the United States

6m 36s
As impasse threatened to derail the Constitutional Convention, Franklin worked to find common ground. In order to pass the proposed Constitution of the United States, the delegates agreed to several compromises—some tragic. On September 17, 1787, Franklin, who saw the new federal government as an experiment to be improved by successive generations, delivered a speech endorsing the Constitution.
Watch Clip

Franklin and the Antislavery Movement

7m 5s
Franklin, though a former slave owner, had joined the growing antislavery movement in Philadelphia. With the Pennsylvania Society for Promoting the Abolition of Slavery, he petitioned the new federal government to end slavery in the United States. Because of Franklin’s reputation, the petition was heard. But the House of Representatives voted it down, and the Senate tabled it without discussion.
Watch Clip

2m 39s
In November 1781, Franklin heard news of the victory at Yorktown, the decisive battle of the American Revolution that was won by the combined forces of the French military and George Washington’s Continental Army. Back in 1778, Franklin had secured the alliance that brought France into the war, and without the French Army and Navy, the outcome at Yorktown would not have been possible.
Watch Clip

4m 37s
From 1733 to 1757, Franklin published Poor Richard’s Almanack, an annual bestseller in the colonies. In addition to weather predictions and astronomical observations, his almanac was notable for including aphorisms that combined wisdom with humor, philosophy with word play—an early example of a homespun American writing style that has continued through the generations.
Supported by