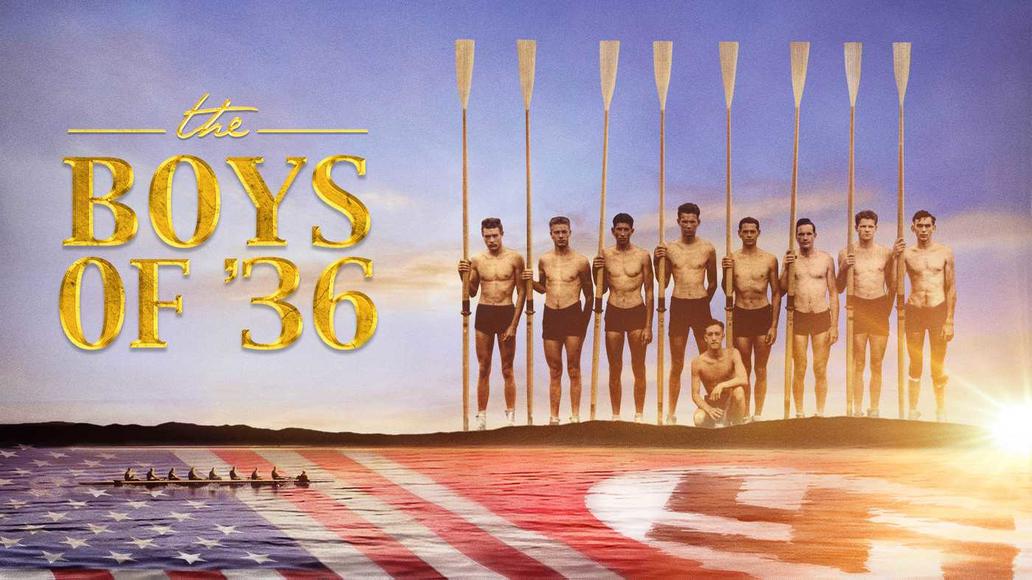 The saga of The Boys in the Boat has all the elements of a great story: An underdog hero, an evil villain and a team, a band of brothers, if you will — the  rough-hewn University of Washington kids who rowed in the 1936 Olympics against Hitler’s handpicked team. But it would never have inspired and thrilled millions if not for a kindness done by author Daniel James Brown eight years ago. The story of how The Boys in the Boat came to be is a story in itself.

Brown, a native Californian who had relocated to Redmond, was the author of two nonfiction books, one about a massive Minnesota forest fire, the other on the Donner Party. They were praised for their fine writing, deep research and scrupulous attention to detail.

Critics loved them. Sales were modest.

One day Brown’s Redmond neighbor, Judy Rantz Willman, called on him. Her father, Joe Rantz, was living with her and was in the final stages of his battle against cancer. She was reading one of Brown’s books to Joe and Joe wanted to talk about it.

But once Brown got the drift of Joe’s life story — the incredible saga of his journey to the 1936 Olympics — Brown was the one who wanted to talk — and listen.

“I said, ’Joe, can I write a book about your life?’ He looked down, looked very sour, and said ’no,’” Brown recalled in an interview with KCTS9’s Enrique Cerna. “Then he looked up, and he had tears in his eyes. He said, ’but you could write a book about The Boat.’ By the Boat he meant… what all of them had done together, and really, what all of them had become together, that summer, 70 years before, in Berlin.”

A year after the publication of Boys in the Boat, Brown told the Seattle Times: “Honestly, from the first day when I talked to Joe and got the scope and the sweep of the story, I thought it would be really good…. I had that tingle. The big arc of the story, these rough-and-tumble kids rowing the boat against Hitler.”

Of course, there were nine members of the team (eight rowers and a coxswain), not just Rantz. Their stories needed to be told, too. “….A lot of these families had been sitting on this story for 75 years,” Brown said. “Most had collected documents and news clippings. Three of the boys kept diaries.”

Rowing was an enormously popular sport in the 1930s – in Seattle, hundreds of thousands of people turned out to watch the UW crew compete in races against other university crew teams. They sought inspiration during a very tough time. The Depression. The inexorable march of Hitler, as he obliterated any opposition to his quest for power in Germany his aim for a world takeover. The Nazis planned to stage the 1936 Olympics as a testament to the superiority of the Aryan “race.” They chose athletes in hopes of vanquishing all comers.

Into this arena stepped the UW team, kids from the woods, the farms and the blue-collar neighborhoods of Seattle who had won the right to represent America in the Olympics. Joe Rantz had come the farthest — a young man who was kicked out of his home after his father remarried,  left to find his own way as a teenager. He scrambled and starved until an older brother took him in. Joe went back to school, to Seattle’s Roosevelt High, where the UW rowing coach looked him over and decided he liked his lean and rangy build.

The Boys in the Boat was published in the spring of 2013 by Viking, a major publisher.

Here comes the painful part, an experience many authors are all too familiar with.

The book got wonderful reviews, but it did not get the exposure many in publishing consider necessary to a successful book. No New York Times review. No Today Show slot. The Boys in the Boat was received with general indifference by tastemakers on the Eastern seaboard. Maybe if the boys had come from Harvard or Yale. Who cared about the University of Washington rowing team?

But someone noticed — the community of American rowers.

Word spread, and a year later, the paperback edition of The Boys in the Boat went straight to the top of the New York Times best-seller list. Two million copies have been sold in North America and editions have been published in 40 other countries.

Why did this story grab readers?

Though the book is about a generation that’s mostly gone, Brown said its lessons for young rowers are timeless: “I have had so many fresh-faced rowers come up, clutching the book, saying how for them it captured the essence of the experience.”

Perhaps only rowers can really understand what Joe Rantz meant about The Boat. But Brown thinks the book carries a message many people are longing to hear, from a generation that learned to  “build great teams, get things done, survive the Depression, win World War II, build the most prosperous economy of our era.”

“People really do want to be pulling together,” Brown told Cerna. “They’re tired of the factionalism and the constant emphasis on the self, when really, some of our greatest moments have been a time when the country pulled together. This story of those nine kids who pulled together is an almost perfect metaphor for what that generation did.”

History
American Experience
AMERICAN EXPERIENCE brings to life the compelling stories from our past!