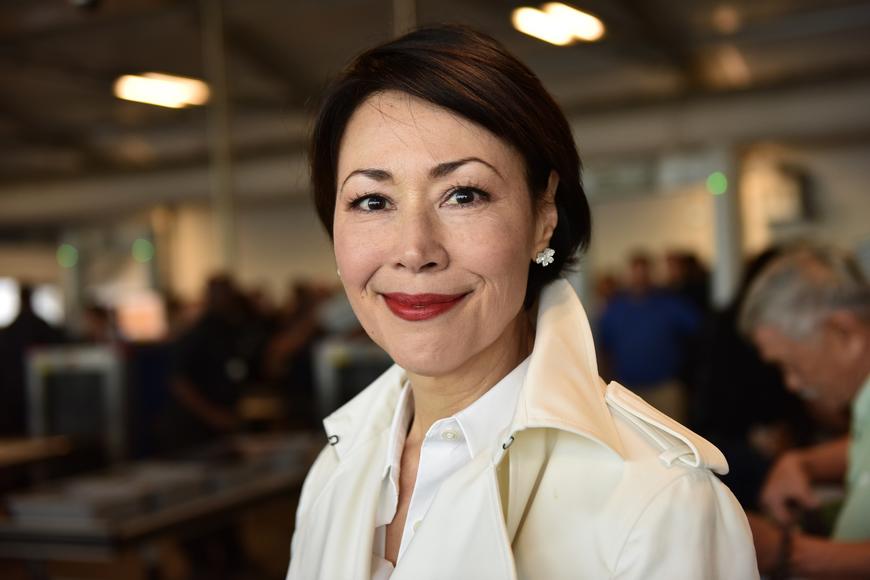 Ann Curry chatted with us about We’ll Meet Again Season 2.

We can all remember where we were when we first heard history-making news. I grew up hearing my parents’ stories about where they were when President Kennedy was killed and I remember where I was when I first saw footage of the crumbling World Trade Center towers. But what if you were caught in the middle of a historic event? What if someone helped you survive it? This is the premise of Ann Curry’s PBS series, We’ll Meet Again, which reunites people whose paths crossed at tumultuous moments in history.

Season 2 of We’ll Meet Again airs Tuesday nights at 9:00 p.m. This season takes viewers on an emotional journey through modern history with episodes about the Vietnam War, the Holocaust, the 1964 Alaska earthquake, the Korean War, escaping Cuba and the fight for Women’s Rights. Two episodes, “Great Alaskan Earthquake” and “Escape from Cuba,” have Washington state ties, with journeys leading to Seattle, Bellingham, Woodinville and the Yakima Valley.

Before tuning into the series, get a glimpse at what’s to come this season and what goes into creating each episode. Ann Curry chatted with KCTS 9 about how she became involved with the series and the powerful experience of being on the show.

Q. What drew you to the series?

A. I could see instantly that the stories would have tremendous power. I’ve spent a career — I mean decades really — covering humanitarian disasters and wars and weather events. People are caught up in these massive moments in history. …

The difference is that now I am interviewing people after they have had some time to think about it. And so now there’s a greater more thoughtful kind of reaction to being caught up in these moments. And invariably these people have memories of those they survived with or those who may have even helped them survive.

A. I’ve heard a number of those kinds of stories: Remembering that time is short and you want to seize the chance, if there’s any chance at all.

I tried to find a high school teacher who insisted that I apply to college, even though no one in my family had ever gone to college. … I didn’t apply because there was no way I was going to be able to pay for it. But she figured out a way to have me apply for some small scholarships. And, she changed my life. And, I’ve since tried to find her and I’ve now learned that she’s passed away. So, you don’t want to wait until it’s too late. You want to reach out to those people … and all of us have that. They may not have been people we met in major moments in history. They’re people who helped us see ourselves more deeply and made our lives better as a result.

Q. The episodes “Saved in Vietnam” and “Surviving the Holocaust” are both difficult stories of survival.  How would you describe the healing or experience that comes from being on the show?

A. I think people have different experiences, right? Some people are introverts and they might not really love the idea of being on camera, so you don’t know whether they are healing or not. But I think that when people are listened to, as I listen to people when I interview them, there is an opportunity for healing. But, on the other hand, there is also the unpacking of the suitcase, having to face up and think about things that maybe you had buried or packed away. …

Q. Is there anything else you would like to add?

A. I’m so pleased that it’s touched a chord. … I’ve heard people are watching with their children. To make sure their children learn how things used to be — and how things are today. I think [“The Fight for Women’s Rights” episode] will be a great one for that, especially if you’ve got daughters.

[This interview has been edited and condensed.]

Join Ann Curry to witness reunions of those whose lives crossed at pivotal moments.