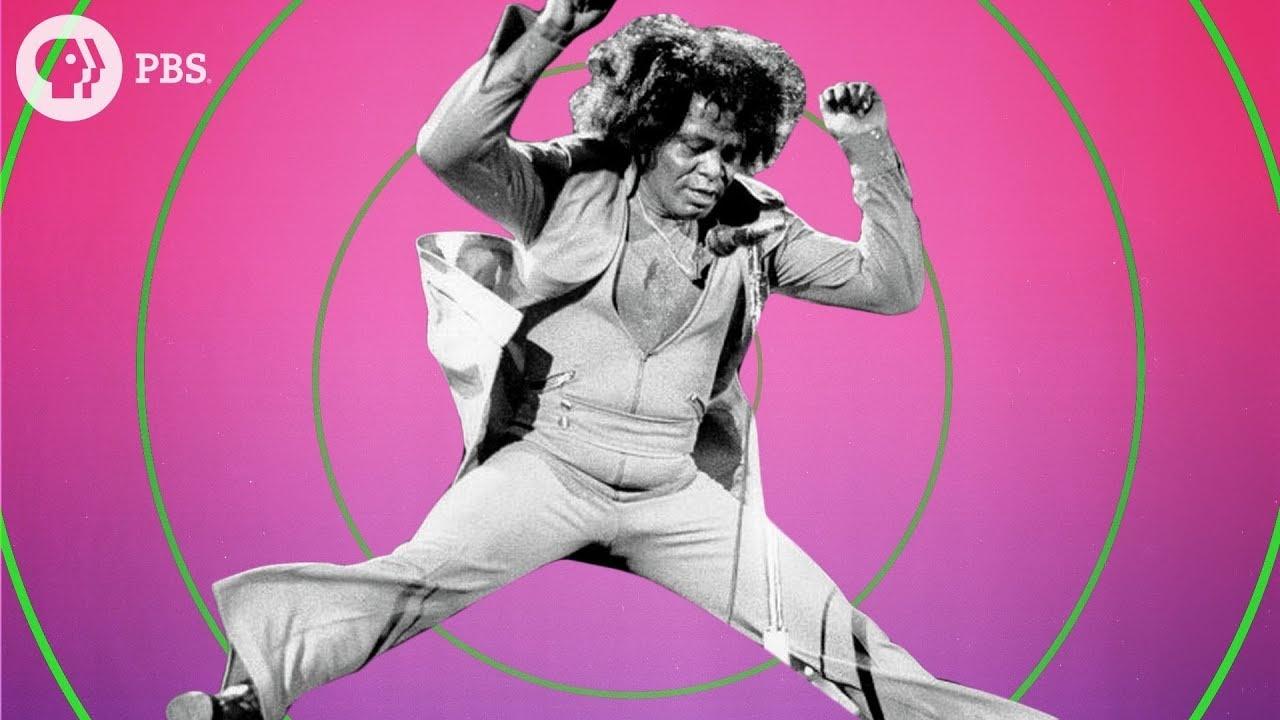 Arthur Buckner and Nahre Sol are accomplished musicians and music teachers exploring the music theory, production, history and culture behind our favorite songs and musical styles.

In Defense of Auto-Tune

Video title: In Defense of Auto-Tune

Video description: Thanks to artists like T-Pain, Cher, and Kanye West, Auto-Tune went from being an industry secret to an industry staple. But it didn’t happen overnight. In this video, our hosts Linda Diaz and Arthur Buckner, uncover how Auto-Tune became THE in-demand tool for recording studios, helped artists find their artistic selves, and evolved popular music.

Up next
Up next
Watch Now
Watch Episode

S1 E1 / 8m 2s
James Brown, the Godfather of Soul, created the DNA for funk. Musicians LA Buckner and Nahre Sol explore how he created funk music, as well as how Brown's music influenced hip hop. They break down the sound of the genre, and create their own funky original song in the process.
Watch Episode

Why Does Sarah McLachlan’s “Angel” Sound So Sad?

S1 E2 / 8m 43s
It only takes a few notes of Sarah MacLachlan’s “Angel” over images of homeless dogs and cats to trigger our tear ducts. Heartbreaking visuals aside, what makes the song itself so sad? What is it musically about a song that makes it sound sad? Hosts Nahre Sol and LA Buckner hear from experts and break down the components of sad-sounding music, creating their own somber composition.
Watch Episode

How Trap Music Took Over

S1 E3 / 9m 45s
Hi-hats. That blazing fast sound is everywhere—pop, reggaeton, country—and hi-hats are essential in trap music. Where exactly did trap music come from and how did it become a part of so many other musical styles? Hosts LA Buckner and Nahre Sol explore the genre's roots and make their own original beat inspired by the trap sound.
Watch Episode

Music from the Golden Ratio and Fibonacci Sequence

S1 E4 / 10m 19s
Since the beginning of time Phi—also known as the golden ratio—has inspired the world around us. Have you ever noticed how some pieces of music just seem to make sense? From the notes and chords to the phrasing and dynamics, they can all feel like they were meant to go together. Many people believe this is not a coincidence but the golden ratio in action.
Watch Episode

The Metal Scream: From Nordic Vikings to Black Sabbath

S1 E5 / 10m 28s
Black Sabbath and Led Zeppelin were some of the first bands to perform the metal scream, but the origin of screaming in music actually goes back a lot further to the Nordic Vikings.
Watch Episode

Is This Even Music? John Cage, Schoenberg and Outsider Artis

S1 E6 / 9m 26s
What is music? From John Cage to Legendary Stardust Cowboy, avant-garde artists have forever been pushing on the edges of what is considered music. Composers like Arnold Schoenberg, Harry Partch and outsider musicians like The Shaggs are constantly changing music.
Watch Episode

Pitch Shifting in Music: From Chipmunks to Kanye

S1 E7 / 8m 54s
Have you heard the conspiracy theory that Nicki Minaj songs are just Jay-Z pitched up? Well that may not be true, but changing the pitch of their songs can create a hilarious effect. LA Buckner and Nahre Sol explore the history of how pitch shifting has been used in music for artistic results, from Alvin and the Chipmunks to T-pain.
Watch Episode

How The Exorcist Changed the Sound of Horror

S1 E8 / 10m 11s
Why do so many horror film scores today sound similar to The Exorcist from 1973? A lot of that is thanks to Krzysztof Penderecki, a Polish composer whose music was used by director William Friedkin to score The Exorcist. Penderecki's music can be heard in the works of Stanley Kubrick and David Lynch, and has even inspired the scores of modern horror films such as Bird Box.
Watch Episode

S1 E9 / 9m 46s
Kacey Musgraves won the Album of the Year award at the 2019 Grammys, becoming only the 4th country album to ever win that award. Two of the producers of the album, Ian Fitchuk and Daniel Tashian, talk to us about how they and Kacey were able to make such a crossover success.
Watch Episode

From Mozart to Weird Al: The Evolution of Parody

S1 E10 / 9m 12s
"Weird Al" Yankovic might be the first person to come to mind when you think of parody music, but did you know that composers like Bach, Mozart, and Satie have been parodying each other's work for centuries?
Watch Episode

What Is the Spotify Sound?

S1 E11 / 8m 9s
Streaming services like Spotify are changing more than the way we listen to music - they are actually changing the way music is written.
Watch Episode

The Magic Formula Behind Disney Music

S1 E12 / 8m 51s
The songs of Disney musicals do more work than you might think. Under all that fairy dust and sparkle, there are techniques songwriters use to make sure Disney musicals keep the story moving. LA Buckner and Nahre Sol unlock the magic of Disney musicals and with the help of Alexandra Smither, try to write the next Disney hit song.
Watch Episode

S1 E13 / 8m 56s
Adam Neely joined LA and Nahre in the studio for an improvised jam session. Adam comes from a jazz and rock background, while Nahre comes from a classical background, and LA comes from a gospel and r&b background. Together they talk about the differences in how they approach music.
Watch Episode

S1 E14 / 13m 55s
You’re probably familiar with New York’s underground ballroom scene through Madonna’s Vogue or films like Paris is Burning. This subculture has been recognized for creating the inventive dance style voguing, but they’ve also created a music genre that’s all their own.
Watch Episode

Are Three 6 Mafia the Godfathers of Modern Rap?

S1 E15 / 8m 16s
Three 6 Mafia are a Memphis based group that created the building blocks for the trap sound. Though trap music came from Atlanta, the sound originates from other earlier down south hip-hop genres like crunk, miami bass, bounce, and chopped & screwed. Nahre and LA explore how Three 6 Mafia's sound influences modern rap music and later make their own crunk inspired beat.
Watch Episode

Where did Goth Music and Fashion Come From?

S1 E16 / 8m 36s
Today goth is a subculture popularized by movies like the Addams Family or the fashion of Billie Eillish, but where did this scene originate? Many agree that the sound of goth rock came from post punk in the late 1970's with bands like Siouxsie and the Banshees, Bauhaus and Joy Division. Nahre and LA put on their dark clothes, discover the true roots to goth music and fashion.
Watch Episode

It's Time to Rethink the Banjo

S1 E17 / 15m 7s
The banjo was, at one time, the most popular instrument in America, with tens of thousands manufactured and sold between 1910 and 1930. Nahre talks to Béla Fleck and Abigail Washburn to discover the origins of the banjo as an African and Middle Eastern instrument.
Watch Episode

What Do Billboard Hit Songs Have in Common?

S1 E18 / 10m 48s
We broke down every song in the Billboard top five from the last two years and found some interesting trends. LA and Nahre try to write the next Billboard chart-topper with the help of Singer/Songwriter Tinzo and a whole lotta stats.
Watch Episode

S1 E19 / 13m 14s
For our episode on music criticism we spoke to Anthony Fantano of The Needle Drop about the purpose of music criticism in today's digital world. We also broke down how to get a 10/10 from The Needle Drop by breaking down 7 qualities he gives praise to in each of his 10/10 reviews. Lastly, LA, Nahre, and Fantano flip the script and create their own song for you to review in the comments.
Watch Episode

Giving Tuesday is November 29th, but you don’t have to wait. Donate now and celebrate this season of generosity!