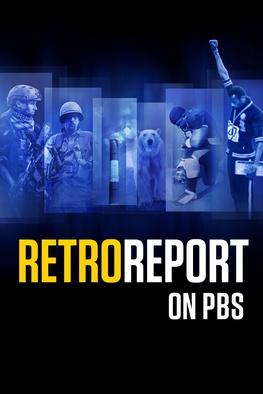 Retro Report makes sense of the present by revealing the past.

Sex ed programs in schools are informed by the past; busting a crime myth; AIDS hot spots; the legacy of napster; Andy Borowitz tackles bullying.

How Napster Stirred Up Entertainment

Napster, created by an 18-year-old developer, exploded across college campuses across the country in 1999. With a mouse click, music lovers gained free access to their favorite tunes. The record industry took to the courts to shut down the upstart company. But a generation of consumers had tasted instant entertainment on demand, and there was no turning back.

The Forgotten History of AIDS

Rates of H.I.V. infection have fallen in many places, but the AIDS crisis persists in some parts of the country. What can be learned from history – and specifically the story of Ryan White?

Prominent Americans are eager to declare their opposition to bullying. There’s only one problem, New Yorker magazine humorist Andy Borowitz asserts: we live in an enthusiastically pro-bullying culture. He traces the history of bullying on television and beyond.

The Controversy Over Teaching Teens About Sex

A decades-old battle is re-emerging over how sex is presented in the classroom, as the Trump administration gives support to “sexual risk avoidance” programs that promote abstinence.

Correcting the Myth of the Superpredator

States are reconsidering life prison sentences of people who were given mandatory life terms as juveniles – a practice since ruled unconstitutional by the Supreme Court. At the time, in the 1990s, a handful of researchers inspired panic with a dire but flawed prediction: the imminent arrival of  a new breed of remorseless teen killers, so-called superpredators.

How the U.S. Came to Rely on Special Ops Forces

The rise of special operations units today can be traced to a failed attempt to rescue Americans held hostage in Iran in 1980, and the successful Israeli raid at Uganda’s Entebbe Airport.

Immigration policy has exposed the sharp divisions of the Trump era more clearly than any other issue. The controversies echo an anti-immigration movement 25 years ago in California.

Normalization of deviance, the process of becoming inured to risky actions, is a useful concept for today that was developed to explain how the Challenger disaster happened.

The Truth About the Lawsuit Over Hot McDonald’s Coffee

The long-running debate over frivolous lawsuits took shape years ago after McDonald’s coffee spilled into a woman’s lap and she was awarded millions in damages. Her complaint sounded frivolous. But the facts told another story.

Some major cities are trying to help poor children succeed by helping their families move to middle-income, so-called "opportunity areas." The concept sprang from a little-known public housing program in the 1970s, when thousands of black families were moved from Chicago's high-rise housing projects to mostly white suburbs.

A Life in a Bubble

Newborns today are tested for genetic and immune disorders that might not be apparent at birth. The tests evolved from the treatment of a patient with a rare diagnosis who became known as the boy in the bubble.

May The Space Force Be With You | Andy Borowitz

What Happened to the Population Bomb?

Not enough babies are being born to support an aging population in some parts of the world. But decades ago, there seemed to be the opposite problem: a prediction about a future with too many people. The concern then was that a population bomb would tip the world into chaos.

In 1982, boxing fans tuned in for a championship bout between Ray “Boom Boom” Mancini of Ohio and South Korean fighter Duk-Koo Kim. It was a 14-round slugfest -- afterward, medical concerns about the brutality of boxing mounted, and the sport’s foothold in mainstream American culture began to slip. Today, with concerns over concussions in football growing, will football suffer the same fate?

Public housing influenced by a 1970s experiment. Newborn tests are a legacy of a boy who spent life in a bubble. Head injuries in pro sports. Too few people (not too many) is a problem.  Andy Borowitz takes on Space Force.

Born by Surrogate: Pathways to Parenthood

Parenthood through surrogacy is widely accepted in the United States, but it's not closely regulated. It’s an issue that many state legislators won’t touch, because of what happened in the case of Baby M.

Texting could reduce suicides. Surrogate parenthood. Lead is banned but a toxic mess remains. Climate help may come from the Cold War. Long prison sentences based on old fears are being shortened. Andy Borowitz on a river that burst into flames.