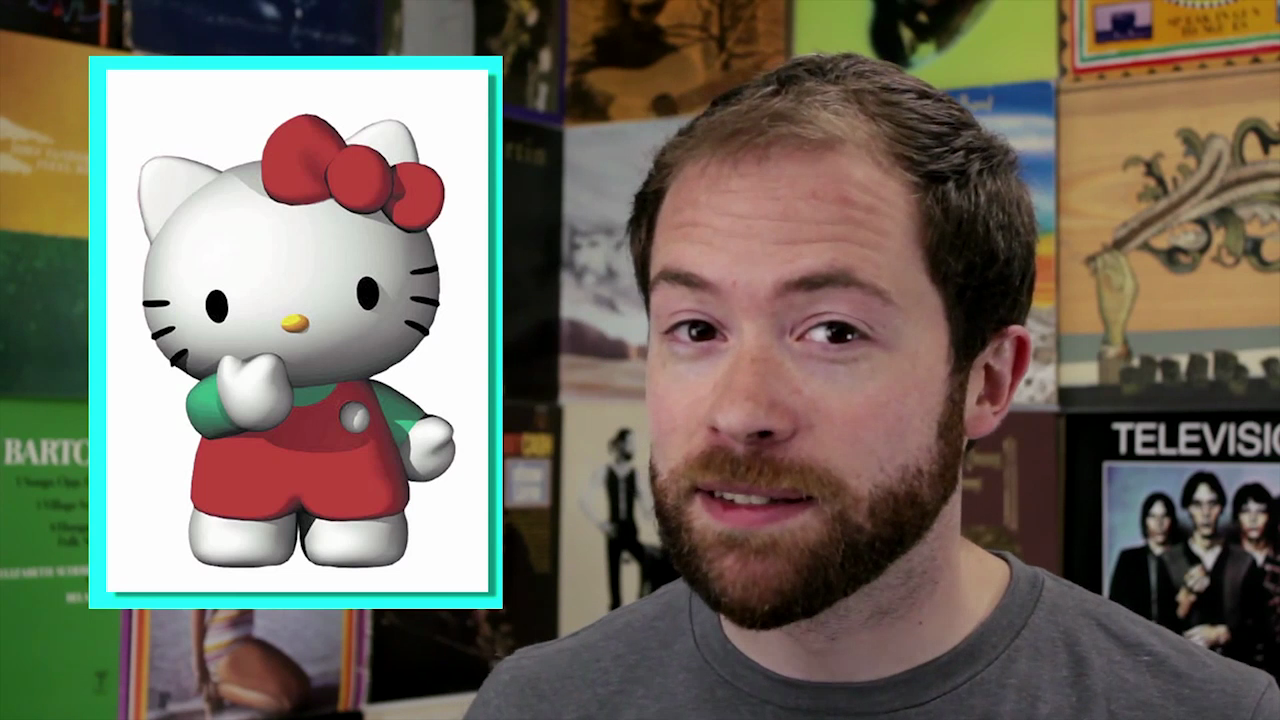 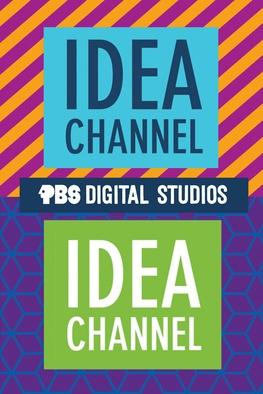 Video title: Can Video Games Become the Next Spectator Sport?

Video description: As our South Korean friends can confirm, video games can most definitely be a spectator sport. But will they ever catch on in a huge way in the good ol' U.S. of A?

Are You a Hipster?

4m 37s
We all hate hipsters, right? They seem so smug and arrogant, with their ray bans and scarves and ironic t-shirts. Borrowing from other subcultures, (Handlebar mustaches and flannel shirts), hipsters reappropriate these fashion elements as their own. But don't we all do that? Our own fashion came from SOMEWHERE, and certainly has been refined. Do we all have a little bit of hipster blood in us?
Watch Special

Will Space Travel Save Us All?

4m 24s
Space, also known as The Final Frontier, has been in our collective dreams and fantasies for decades. Who WOULDN'T want to blast into space, experience zero gravity, or walk on the moon?! But with limited funding to NASA, the day that had been promised to us for years, seems no closer now than it did 30 years ago. BUT WAIT! Could private research and funding be the future of galactic exploration?
Watch Special

Do We Want the World to End?

4m 29s
The so-called Mayan long count calendar predication of the apocalypse is based a fundamental MISUNDERSTANDING of Mayan calendars and society. It's so far off base that scientific and anthropological experts can dismiss it with laugh. Yet, if it's so fundamentally wrong, why do we keep hearing about it? Why are there movies and news casts and websites dedicated to this non-event?
Watch Special

What Do Santa and Wrestling Have In Common?

5m 8s
People love Santa. Christmas is the largest holiday in western culture, and Santa Claus is the centerpiece of that holiday (sorry baby Jesus). But even though our understanding of Santa changes as we mature, we still maintain and cultivate our culture's love of him. And to understand why this is, we had to ask: Is our relationship with Santa similar to wrestling?
Watch Special

Should "Happy Birthday" be Protected by Copyright?

5m 42s
Did you know the rights to "Happy Birthday" are still privately held today? Copyright was originally created for two reasons: to protect the original creators so they could benefit from their work AND have creative works enter the Public Domain. Unfortunately, the whole system has gotten out of whack with copyright extensions that extend far beyond the life of the creator.
Watch Special

The Retro Awesomeness of Adventure Time

5m 33s
Adventure Time is an animated kids show on the Cartoon Network that is super popular, not just with the kids, but with full grown adults too! Why would a bunch of serious adults, including Mike's Mom, watch Adventure Time? We think its because the show taps into our memories of childhood with nostalgia. Are we right? Watch and find out!
Watch Special

How will the Animated GIF affect the Presidential Election?

4m 6s
The animated GIF has had a long and fascinating history, but the GIF took a giant leap forward this year when it became part of the 2012 Presidential Election!!! This election season, GIFs of Obama, Romney, Biden and Ryan, populated not only Tumblr and Buzzfeed, but also media heavyweights like The Atlantic, Forbes, and The Wall Street Journal. Will the GIF swing the election?
Watch Special

4m 47s
Consciously or not, the first thing you notice when you visit a website is how the site LOOKS, which is controlled by the CSS Stylesheet. CSS is the fashion of the web- it makes sites pretty (or very very ugly). And as our lives migrate more and more onto the world wide web, our presence online becomes a central way to define and express ourselves.
Watch Special

How are Justin Bieber, Franz Liszt and Jerusalem Connected?

6m 5s
At first glance, Pop Wunderkind Justin Bieber and revolutionary 19th Century pianist and composer Franz Liszt don't seem to have anything in common. And while they might not have any musical or biographical similarities, they both have had a powerful psychological effect on their fans. Fits of hysteria, screaming, and fainting are all common traits of "Bieber Fever" & "Lisztomania. But why?
Watch Special

6m 9s
There are some deeply ingrained stereotypes about Dungeons & Dragons, and those stereotypes usually begin and end with people shouting "NERD!!!" But the reality of the D&D universe is a whole lot more complex. Rather than being an escape from reality, D&D is actually a way to enhance some important real life skills, including problem solving, visualization, interaction, organization, and others.
Watch Special

Is Doctor Who a Religion?

5m 40s
Dr. Who is one of the longest running TV shows on the BBC, and it's got a huge fandom surrounding it, called Whovians. And while it might not seem like, Whovianism, might just be religion! Whovians, like other passionate fan cultures, create art & fan fiction and engage in a strong remix culture. But with its strong philosophical and cosmological elements, is it more than that?
Watch Special

What do MP3s and Magic Spells Have in Common?

5m 35s
Both spells and music were born from a freely available folk culture, but are now sold as commercial goods. There are thousands of artists (and witches!) trying to figure out how to make a living in an age where their products can be infinitely copied. And with commercialization, the morality and legality of sharing these once open cultural products has become complicated.
Watch Special

5m 26s
The idea that a collection of pixels can be sold for actual money might be confusing to some, as they are neither true "objects" you can hold nor "ideas" that can be considered intellectual property. But despite the lack of tangibility, real world economies have formed around these games and real world profits are being made.
Watch Special

4m 51s
With 955,000,000 worldwide users, Facebook seems like just about everyone makes use of the social media giant to connect with friends, share photos, and update everyone they've ever met since grade school about their dinner plans. But what you may not realize is that Facebook's new timeline layout is enhancing the ability to construct our self identity by super-charging our memory.
Watch Special

Is Homestuck the Ulysses of the Internet?

4m 32s
If you're unfamiliar, Homestuck is a webcomic created Andrew Hussie that is over 5000 PAGES so far! In in its own weird way, Homestuck is a lot like James Joyce's Ulysses, where only the strongest, most dedicated readers make it through to the end. Most people don't expect such expansive and daunting works to find a home on the internet, but Homestuck has apparently pulled it off.
Watch Special

4m 55s
The science fiction writer William Gibson has not only written some fantastic scifi novels, but in the process predicted the internet, Miku Hatsune, reality TV, and a crazy amount of other technological and societal developments that have come into being. His impressive rate of accuracy seems almost mystical. Is he a modern soothsayer?
Watch Special

4m 36s
Here on the internet, we love us some memes. But where do they come from? Yes we know, they are user generated. But to an internet layman, they seem to just appear, in HUGE quantities, ready for cultural consumption. Are they a sign of a "cultural singularity"? It may seem like science fiction, but we're close to a world where culture automatically and magically creates infinitely more culture.
Watch Special

4m 23s
Legendary actor Nicolas Cage is renowned for his reliably weird roles across many genres of modern film. Is he just a victim of a bad agent, or does he instead follow the philosophy of Taoism, or as its modern derivative is known - YOLO ("you only live once")?
Watch Special

4m 30s
Everyone is obsessed with the Olympics right now, watching these geniuses push the boundaries of their field. Wait, did we say GENIUSES? Yes! We normally associate the word "genius" with intellectual accomplishments, but athletes are geniuses at pushing their bodies to new heights, making the impossibly difficult seem easy and effortless.
Watch Special

Is Dubstep the New Musical Avant-Garde?

4m 24s
While some people may hear noise, some hear amazing musical genius in the creativity of Dubstep. There is a long history of avant garde musicians and thinkers promoting the concept of noise and non-instrumental sounds as music, much to the horror of their audience. But over the past century, changes in technology and music genres may have changed attitudes to accept these once-fringe music genres.
Supported by