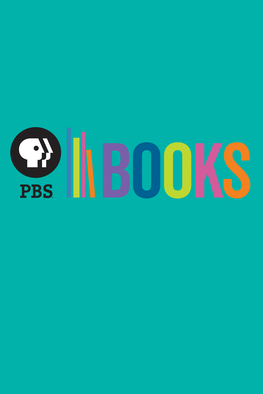 PBS Books celebrates your love of books and introduces you to best-selling authors.

John Scalzi is the author of the Old Man's War series, the dystopian thriller "Lock In," and the Hugo Award winning novel "Redshirts." Among many other published works and credits, he also served as a consultant for the "Stargate" television franchise. His latest, "The Consuming Fire" is the 2nd in a new series.

Author Holly Black is one of the premier voices in contemporary fairy tale stories for young readers and she's joining PBS Books in D.C. at the National Book Festival. Her writing collaborations include The Spiderwick Chronicles with Tony DiTerlizzi and The Magisterium Series with Cassandra Clare, but her latest releases are part of a new fantasy series, 'The Folk of the Air'.'

Author, teacher, historian and filmmaker Henry Louis Gates Jr.'s latest book, 'Stony The Road,' Reconstruction, White Supremacy, and the Rise of Jim Crow, was released in April, aligned with the premiere of the PBS documentary series "Reconstruction," which he hosted. Gates has also written books for younger readers such as 'Dark Sky Rising: Reconstruction and the Dawn of Jim Crow.'

Charlie Jane Anders is the author of the Nebula Award Winning sci-fi/fantasy novel 'All The Birds In The Sky,' a realistically rendered story of an encroaching apocalypse featuring a witch, a mad scientist, and magicians. Anders is the publisher of ‘other’ magazine, and recently released a new novel, "The City in the Middle of the Night."

PBS Books welcomes author David Treuer, talking about his latest work, 'The Heartbeat of Wounded Knee,' an illuminating look at the 130 years of overlooked history of Native American Civilization after the infamous 1890 massacre. Treuer grew up Ojibwe on a reservation in Minnesota, and with 'Heartbeat' he combines journalistic reporting with personal memoir. #NatBookFest2019

Journalist/writer Beth Macy, author of Dopesick. Macy was a reporter for Virginia's Roanoke Times for 25 years. Dopesick won lots of praise for comprehensively outlining the story behind the opioid crisis.

Before being nominated to her current post as the 14th Librarian of Congress by President Obama in 2016, Dr. Carla Hayden served as president of the American Library Association and was deputy commissioner and chief librarian of the Chicago Public Library, among many other prestigious posts.

We chatted with award-winning author Sue William Silverman. Silverman's newest poetry collection, 'If The Girl Never Learns,' is available next week (April 2) from Brick Mantel Books. She teaches writing at Vermont College of Fine Arts and is the author of three memoirs, two other poetry collections, and a craft book on writing.

Lilliam Rivera; her novel 'The Education of Margot Sanchez' was nominated for the 2017 Best Fiction for Young Adult Adults (by #YALSA) and has been a featured speaker in countless schools and at several book festivals. Also a teacher of creative writing workshops, Rivera's latest book, Dealing in Dreams, was just released.

Cheryl Strayed's second book, the 2012 memoir 'Wild,' went on to win the Barnes & Noble Discover Award and the Oregon Book Award, and would be adapted into a major motion picture in 2014, starring Reese Witherspoon. Lidia Yuknavitch is an author, editor, and teacher; her 2016 TED Talk.

Erica Jong's groundbreaking 1973 debut 'Fear of Flying' ascended her into literary icon status, particularly with its (at that time) controversial portray of female sexuality. She has written more than 20 books, including non-fiction and poetry, and has won the United Nations Award for excellence in literature. We’re here at #AWP2019 discussing her latest, ‘Fear of Dying,’ a spiritual sequel.

Jorge Ramos discusses Stranger: The Challenge of a Latino Immigrant in the Trump Era at the 2018 L.A. Times Festival of Books, with co-host Jeffrey Brown.

Morgan Jerkins discusses This Will Be My Undoing: Living at the Intersection of Black, Female, and Feminist in (White) America at the 2018 L.A. Times Festival of Books, with host Rich Fahle.

Watch all your favorite KCTS 9 programs with the new KCTS 9 Roku app!