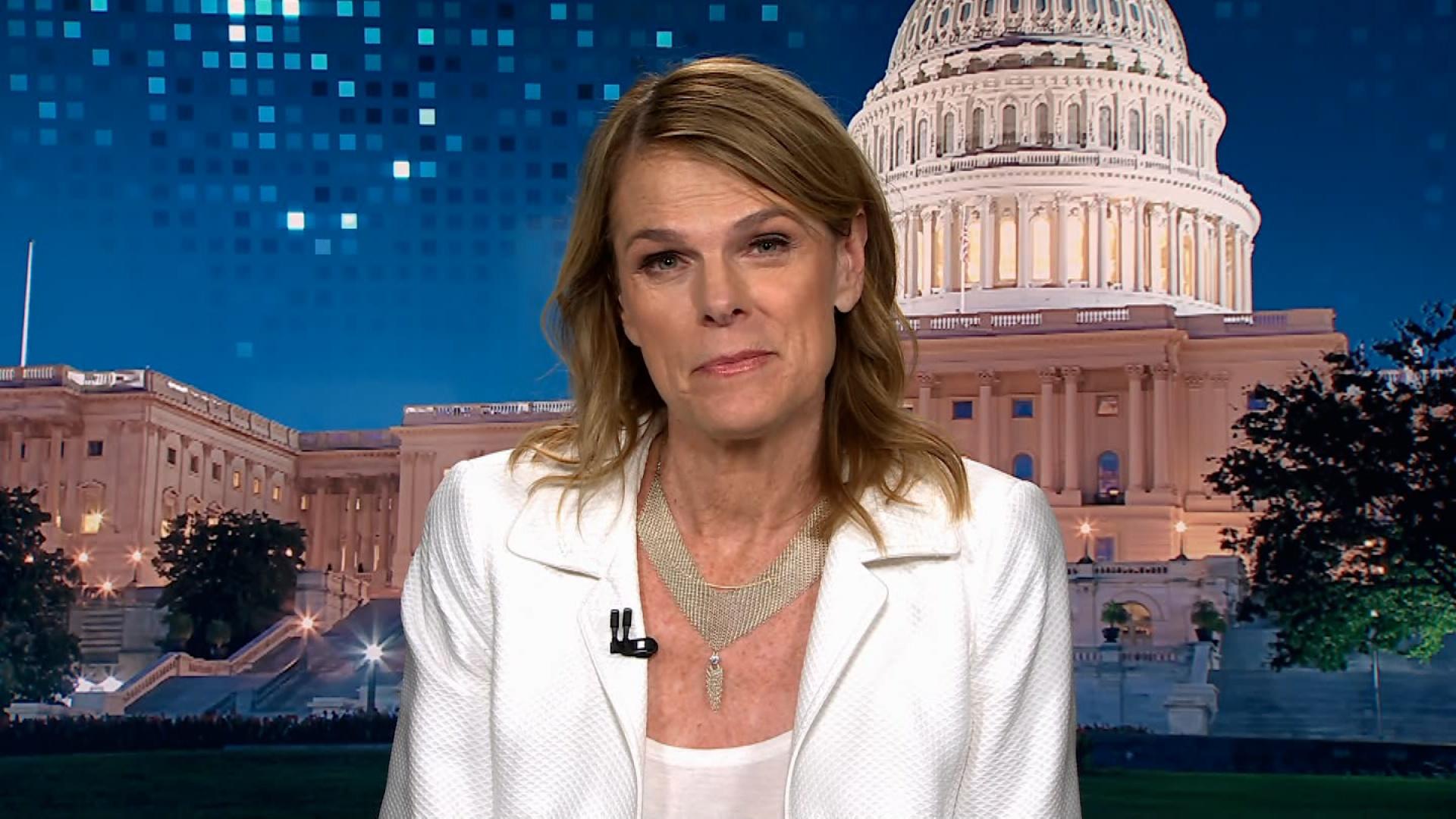 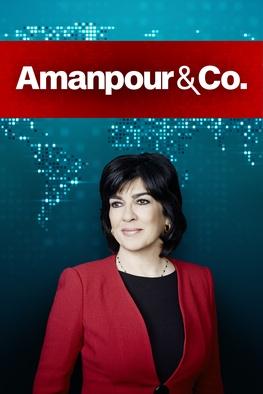 Featuring conversations with global leaders and decision makers on the issues affecting the world today, Amanpour and Company adds to the long tradition of public affairs programming that has been a hallmark of public media for decades.

Conservative Activist Argues for Roe v Wade to be Overturned

2m 3s
A draft Supreme Court ruling overturning the Roe v. Wade abortion decision has been leaked. If accurate, women in 26 states stand to lose the right to abortion. For decades, right-wing activists have kept the fight against ‘Roe’ at the heart of America’s culture wars. Severino is the president of the Judicial Crisis Network and claims the draft ruling accomplishes many of her life's ambitions.
Watch Clip

2m 55s
Steinem has fought for women's rights all her life. She has been at the forefront of defending Roe v. Wade since the beginning. She sees the Supreme Court ruling as a threat not just to women, but to American democracy.
Watch Clip

Bill Gates: How to Prevent the Next Pandemic

17m 24s
Americans are being warned to be prepared for a COVID-19 summer surge, particularly across Southern states. Looking to learn from the past two years -- and plan for the future -- is Bill Gates, with his new book "How to Prevent the Next Pandemic." He tells Walter Isaacson why we should treat pandemics like fires.
Watch Clip

Does the U.S. Healthcare System Favor the White and Wealthy?

17m 44s
Americans are being warned to prepare for a summer surge in COVID-19 cases, particularly across Southern states. Dr. Thomas Fisher witnessed the pressures of the pandemic first-hand as an emergency physician. He speaks with Michel Martin about his new book --"The Emergency: A Year of Healing and Heartbreak in a Chicago E.R." -- and the state of American healthcare.
Watch Clip

Rick Wilson: Gov. DeSantis Is “King of the Culture War”

17m 6s
Florida has become Ground Zero for America's culture wars. It’s the home state of Rick Wilson, a Republican strategist and vocal Trump critic. He sits down with Michel Martin to discuss what this might mean for the upcoming midterm elections.
Watch Clip

2m 51s
France is helping to lead the EU’s opposition to the invasion of Ukraine, and President Macron’s re-election this past Sunday reinforced that commitment. Macron’s position is supported by his predecessor and former mentor, François Hollande, who has himself negotiated with Putin. In the wake of France's presidential election, Hollande spoke with Christiane in Paris.
Watch Clip

How Synthetic Biology Will Revolutionize Science

17m 9s
Award-winning author and futurist Amy Webb examines the world of synthetic biology in her book "The Genesis Machine." She sits down with Hari Sreenivasan to discuss the science, its potential, and its concerns.
Watch Clip

How To Live In An Age of Disaster

16m 49s
Juliette Kayyem, former assistant secretary for homeland security, is one of today's foremost thinkers on disaster management. Her latest book is a guide on what to do when things go wrong. She sits down with Hari Sreenivasan to discuss what we can learn from dealing with catastrophe.
Watch Clip

Elon Musk, Twitter, and the “False Flag of Free Speech”

17m 37s
Tesla and SpaceX CEO Elon Musk has reached a deal to buy Twitter for $44 billion. He says his goal is to bolster free speech on the platform. What does this mean for the future of one of the world’s most influential social media sites? Author, entrepreneur and professor Scott Galloway speaks with Hari Sreenivasan.
Watch Clip

Ronan Farrow: How Democracies Spy on their Citizens

17m 56s
The New Yorker's Ronan Farrow recently investigated the commercial spyware industry and its implications for democracies around the world. He tells Hari Sreenivasan what he found.
Watch Clip

A Month "Just Trying to Survive" In Mariupol

2m 23s
As the war in Ukraine shifts to the south and east of the country, reports from the city of Mariupol have been silenced by intense bombardment. Civilians have been forced to shelter in basements, and promises of humanitarian corridors have repeatedly been broken. Alina Beskrovna was born and raised in Mariupol and spent a month there under siege before managing to escape.
Watch Clip

Re-Elected French Pres. "Macron Has to Unite the Country"

2m 47s
Emmanuel Macron is the first French president in two decades to win re-election, comfortably beating his hard-right challenger Marine Le Pen in the second round this weekend. For more on this, Christiane, from Paris, speaks with Laurence Haïm, a French journalist who served as Macron’s spokesperson during his presidential campaign in 2017.
Watch Clip

Is the War in Ukraine an Environmental Disaster?

18m
As the war in Ukraine rages on, the West is struggling to pull the plug on Russian oil and gas. Svitlana Romanko is a Ukrainian climate activist and environmental lawyer, and she speaks with Walter Isaacson about fossil fuel addiction and the impact of the war.
Watch Clip

The Story Behind HBO’s “We Own This City”

17m 58s
The current surge in violent crime highlights the ongoing struggle between American law enforcement and the public. Justin Fenton chronicles the rise and fall of a Baltimore Police Department task force in his book "We Own This City." The author joins Michel Martin to discuss crime, cops, and corruption.
Watch Clip

"It's Not Looking Great," Says Israeli PM on Ukraine

2m 38s
Clashes with Palestinians in Jerusalem have deepened a political crisis in Israel. Prime Minister Naftali Bennett’s fragile ruling coalition lost its one-seat majority earlier this month when a member of his own party defected. Now the coalition faces a mutiny. The Israeli Prime Minister is trying to hold his government together while attempting to help negotiate an end to the war in Ukraine.
Watch Clip

3m
63 House Republicans – nearly a third – voted against a recent resolution supporting NATO. It’s just one of a number of moves by the GOP in recent weeks that have set alarm bells ringing, including the RNC’s withdrawal from the bipartisan Commission on Presidential Debates. Longtime Republican strategist Sarah Longwell joins the program to discuss.
Watch Clip

Pandemic Profiteers Got Rich While America Got Sick

2m 32s
Ukrainian officials say Moscow has completed its regroup and is preparing to launch its offensive in the east. Meanwhile, Kyiv, the capital, and the western city of Lviv are under missile attack. At least seven civilians – including a child – were killed in Lviv this morning. For the latest, Christiane speaks with the deputy mayor of Lviv.
Watch Clip

“Uniquely Stupid:” Dissecting the Past Decade in America