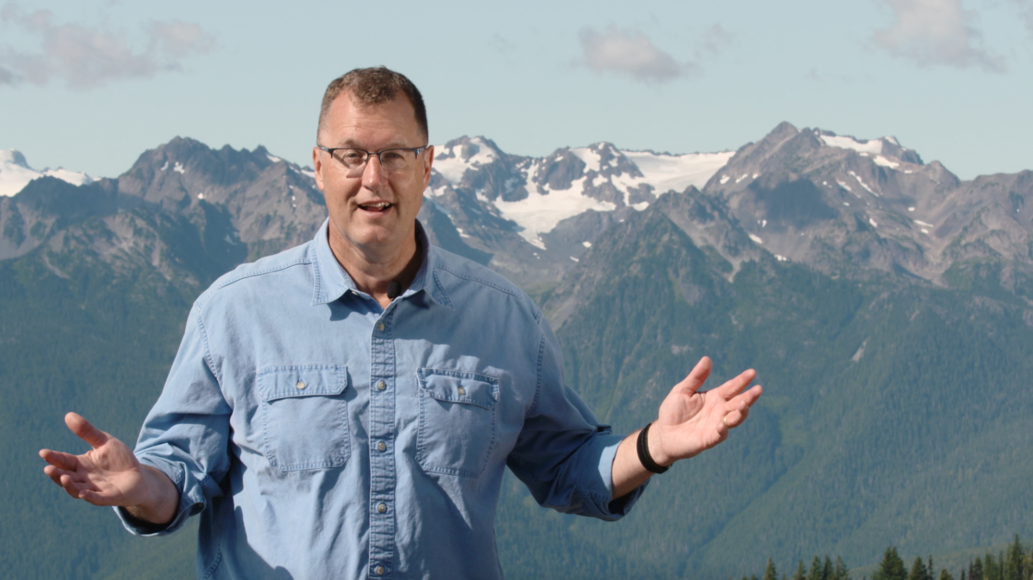 What is Nick on the Rocks Doing During COVID-19 Quarantine?

Nick Zentner talks Nick on the Rocks, Nick from Home and staying in during quarantine.

From the comfort of one's own living room, geologist Nick Zentner has taken KCTS 9 audiences all over Washington state with his series Nick on the Rocks. But what happens when our guide has stay in his living room, too? Zentner didn't let quarantine stop him from exploring – from a safe distance, of course.

When the COVID-19 pandemic began, Zentner, like the rest of us, had to adapt to staying home. When his busy schedule was disrupted, he didn't stop teaching, he adapted. Zentner started a YouTube series, Nick from Home, so viewers could keep learning and adventuring during quarantine. The series was a hit with more than a thousand live viewers, and audiences tuning in from around the world.

Here's what Nick Zentner had to say about his shows, staying active during the pandemic and more.

What are you doing to stay busy during quarantine?

I like a full calendar — so when everything (classes, public lectures, etc.) was canceled within a few days in mid March, I immediately went into the mode of looking for something new to do from home. And I wanted to act quickly to get things happening.

What inspired you to start your Nick from Home series?

I follow a number of musical performers on YouTube, and I noticed a couple of them were doing live concerts through their YouTube channel. I’d never really seen that before. There were a large number of fans in the Live Chat section — they were a community — and I thought that maybe I’d teach myself how to broadcast live.

Starting on March 15, I hit the Live button on my YouTube channel using a brand new iPhone that I just happened to have purchased about a week before the pandemic began, and I got rolling in short order. The first couple of livestreams were truly just a bunch of folks tuning in from around the world to help a guy over 55 learn how to broadcast.

I found a schedule, got into a rhythm from my backyard (complete with blackboard, laptop, etc.) and did 75 livestreams over the next three months.

How has it been received?

I had 3,000 subscribers to my YouTube Channel at the start, from a few videos that I posted seven years ago. After the Nick From Home series got rolling, momentum took hold and I now have over 14,000 subscribers ... And there are thousands from around the world that watch the replays.

Your shows are giving viewers an escape and opportunity to learn during quarantine. Are there any episodes of Nick from Home you hope people tune into?

Out of the 75 NFH shows, there were some highlights. I broadcast from Wenatchee with tribal elder Randy Lewis. Viewers loved it. For the 40th anniversary of Mt. St. Helens, I borrowed personal papers from famous geologist Rocky Crandell and featured his work. (His daughter Jane from Seattle met me at the Pass on a Monday afternoon to deliver the boxes.) A Yellowstone Geology livestream took on the media who insist on click-baiting readers about an “overdue eruption” — a message that has nothing to do with science. For most of the livestreams, I shared Nick On The Rocks clips to add to our discussions.

What geology can Seattleites experience in their own backyard?

I’ve notice that the backcountry trails are especially busy since Washington state has begun to open up after the lockdown. Thankfully, there is much public land for us to enjoy: mountains, beaches, etc. They can all be enjoyed with plenty of space.

What are you watching for an escape?

I get a kick of out a variety of music, comedy and old sports shows. And, I’ve been enjoying back episodes of American Masters and American Experience on KCTS 9.

The Nick From Home series was an experiment that turned into a whole new way for me to connect with a large audience. It was fun to learn new things and uplifting to know that I can connect with thousands of viewers — often live — by simply hitting a button on my iPhone.

Watch all four seasons of Nick on the Rocks on KCTS9.org!

[This interview has been edited and condensed.]