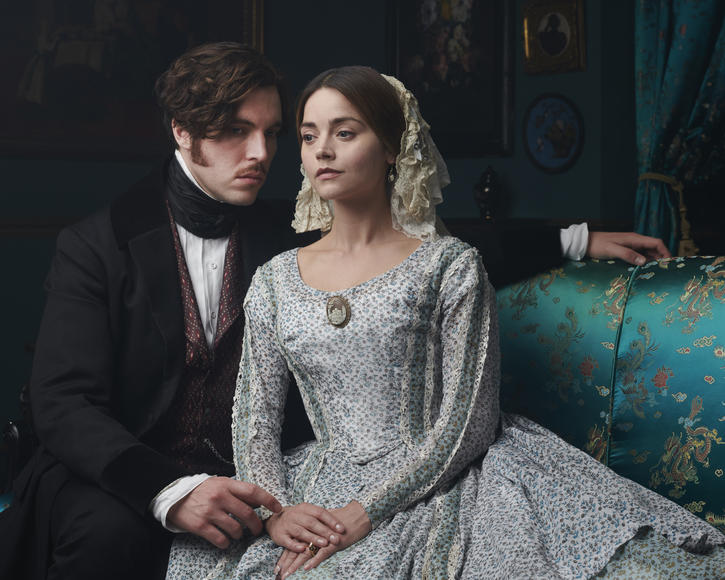 Victoria wasn’t called the ‘Grandmother of Europe’ for no reason.

Victoria fans have probably noticed that the monarch appears to be constantly pregnant throughout the last couple of seasons. I can’t be the only one who has lost count of births on the show? I do know that when all is said and done, Victoria and Albert will end up with nine children. That’s right, the royal couple had a brood of heirs — and all of them lived to adulthood. So, what happened to Queen Victoria’s nine children?

History Extra also reports that three of Victoria’s grandchildren were key players in World War I: Kaiser Wilhelm of Germany, Alexandra Romanov of Russia and George V of Britain. Apparently, Kaiser Wilhelm once said WWI may not have happened if his grandmother Victoria had been alive, “as she simply would not have allowed her relatives to go to war with one another.”

Victoria’s legacy didn’t just affect political and military history. She was also the first known royal carrier of Hemophilia — which now is commonly associated with European royal bloodlines. Victoria’s son Leopold died at age 30 from an injury that triggered a hemorrhage, which was caused by the disease. Hemophilia was seen in a few of the Queen’s grandchildren and, most notably, in her great-grandson, Alexei Romanov.

So, what became of the queen’s heirs? Here’s what happened to Victoria and Albert’s nine children.

The princess married Friedrich Wilhelm of Prussia, who became the emperor of Germany. Their son was Kaiser Wilhelm of WWI notoriety. Their daughter Sophie became Queen of Greece.

Alice married Prince Ludwig of Hesse. Their daughter Alexandra, or Alix, married Nicholas II, the last czar of Russia. Alix and Nicholas were the heads of the famous Romanov family who met a grisly fate.

The prince also married into the Russian royal bloodline in his union with Grand Duchess Marie, daughter of Czar Alexander II. His descendants went on to be part of the Romanian royal family.

Helena married Prince Frederick Christian of Schleswig-Holstein. According to the PBS link above, her name lives on: One of Princess Eugenie’s middle names is Helena.

Prince Louise married a commoner back when it was uncommon. In 1871, she married John Douglas Sutherland Campbell, with the approval of her mother and support of the British people. Campbell later became the Governor General of Canada. the province of Alberta, and its famous Lake Louise, are both named for the princess.

Prince Arthur was reportedly the queen’s favorite son. He married Princess Louise Margaret of Prussia and the couple had three children. He was later Governor General of Canada. He had an interest in German affairs, so he was transferred to North America in 1911 to avoid the deteriorating political situation in Germany, according to PBS.

Prince Leopold married Princess Helena Frederica of Waldeck. But the marriage only lasted two short years, due his untimely death at age 30 (caused by hemophilia). Earlier in life, he studied at Oxford and befriended Lewis Carroll, John Ruskin and Oscar Wilde, according to PBS.

As the baby of the family, she became Victoria’s biggest confidant. She married Prince Henry of Battenberg and passed the hemophiliac gene onto her daughter, Victoria, who in turn passed the gene on to the Spanish royal family.

Drama
Victoria
In 1837, a diminutive, neglected teenager rises to become a powerful monarch.