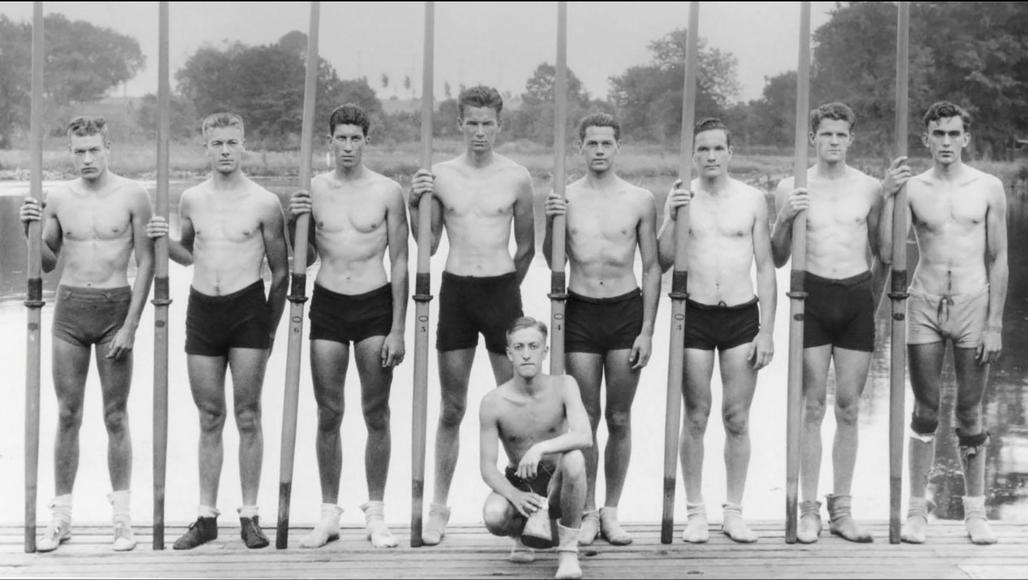 Interview with ‘The Boys of ’36’ filmmakers

“The story of the [rowing] crew in 1936 that went on to win the gold medal in Berlin, is a timeless story,” said Mark Samels, executive producer of American Experience. The story is subject of Daniel James Brown’s book, The Boys in the Boat. Samels found its theme of a classic American tale — the underdogs going on to achieve something remarkable — so compelling that he contacted Margaret Grossi about making a documentary based on the book.

“I read the book and I thought what a beautiful story,” said Grossi. She teamed up with long-time collaborator NBC Sports correspondent Mary Carillo. They got to work on the documentary, The Boys of ’36, airing nationally on American Experience.

The documentary tells the story of the unlikely crew from Seattle that not only represented the United States at the 1936 Berlin Olympics, but brought home the gold medal, defeating the German team at a time when Hitler was using the Olympics as a propaganda tool.

“When you look at the footage you realize, this was a grand, grand stage,” said Carillo referring to the opening ceremonies and the elaborate preparations in the city as seen in the archival footage of the Berlin Olympics. “So, that’s really what these kids from Washington were coming into.”

The Northwest, for many Americans —  certainly east of the Mississippi —  was something you just didn’t think about… and here in the sport of rowing you have this power center created in Seattle, University of Washington.”

As sons of loggers and fishermen during the Great Depression, the young men of the University of Washington (UW) rowing crew hailed from poor, working-class families. The crew consisted of eight rowers and the coxswain, Bobby Moch. Among the rowers, the documentary focuses on the stories of Joe Rantz — who had a childhood full of hardships — and Don Hume. Also highlighted are Coach Al Ulbrickson and George Pocock, the master builder of racing shells, including the ones used by the UW team.

“This is a story about people who were at the very bottom — hard-working, hardscrabble, the children of families that are really just getting by — and they work their way up and they achieve a level of greatness. Which, I think is a timeless source of inspiration,” said Samels.

“I think the story takes on added resonance for a couple of factors,” said Samels. “Who knew that rowing was one of top three most popular sports in America in the 1930s?”