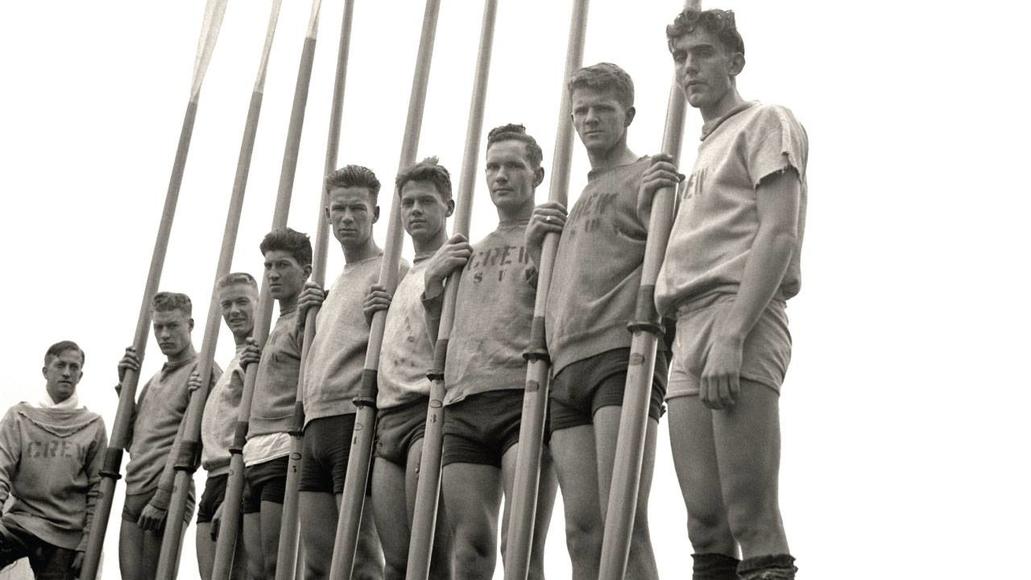 9 things about Seattle during the Great Depression

This blog post was created by KCTS 9 marketing and communications intern Victoria W. in collaboration with KCTS 9 staff.

American Experience’s newest film The Boys of ’36 recounts the incredible true story of the University of Washington’s rowing team that captured gold at the 1936 Olympics in Nazi Germany. The stories of the individual rowers on the team are about facing hardships and overcoming obstacles that were all too common during the Great Depression. But how different was Seattle in those days? As a Seattle native, this question intrigues me. Below is a list of nine fascinating facts about Depression-era Seattle that you might not have known. Several of them come from a U.W. website titled The Great Depression in Washington State. We hope these facts help to set the stage for The Boys of ‘36 and to deepen viewers’ appreciation for these rowers’ amazing accomplishments.

1) We had “Living Newspapers.” The national New Deal Federal Theatre Project (1935-1939) provided jobs to unemployed individuals in the performing arts profession through various theater companies. This included a branch of the Project called “Living Newspapers,” which featured local events acted out in front of an audience. The touring companies formed in Washington State were some of the most successful in the nation, and this new wave of arts in the Pacific Northwest is thought to have helped pave the way for Seattle’s lasting identity as an arts community.

2) We rebuilt the state. Another set of New Deal programs sought to provide work for the jobless through public works projects. The Civilian Conservation Corps was charged with constructing the trails that run through national forests and parks today. The Public Works Administration also facilitated the construction of the Grand Coulee and Bonneville dams that would later provide the energy needed for Seattle’s burgeoning aircraft industry.

3) Our unemployment rates exceeded the national average. During the Great Depression, the national unemployment rate reached a high of 25 percent; however, Washington State’s average was 33 percent in 1933, with even higher rates in big cities like Seattle. The logging and construction industries took the biggest blow.

4) We burned our Hooverville … twice. Encampments for the displaced formed all around the country during the Great Depression, and they were given the name “Hooverville” as a tribute to the president (and party) many blamed for the economic crisis. In Seattle, police were ordered to burn the city’s main Hooverville on two different occasions, but it was promptly rebuilt both times. In fact, it is was one of the longest-standing encampments in the nation, lasting from 1931 to 1941, and it even had its own makeshift mayor and government.

5) Skid Row is named after us. That’s right, Seattle’s current-day Yesler Way in the Pioneer Square area is the original “Skid Road,” which was once the street along which logs were moved (or skidded). The street had a large concentration of working-class loggers and the impoverished, as well as an accumulation of brothels and bars, earning it a reputation as a rough, dangerous place. Today, the phrase “Skid Row” refers to dangerous or rundown areas in both the United States and Canada.

6) We had a successful socialist-communist workers union. A national organization run by socialists and communists, the Workers Alliance, served as a union for employees of the Works in Progress Administration (WPA). The Workers Alliance was very successful in Washington State. It organized a walkout of 5,000 employees and eventually carried out successful bargains between WPA workers and management.

7) We were one of the only states to allow interracial marriages, and lawmakers tried to stop it. In 1935, when advocates in other states were working to eradicate legal barriers to interracial marriage, some Washington lawmakers were actually attempting to criminalize these unions. These efforts were brought on by the marriage application of a Caucasian woman and a Filipino-American man, which triggered protest from local reporters and politicians. However, community activism successfully convinced the legislature to reject the preventative bill.

8) Seattle students were conservatives. Nationwide, schools of higher education in general tended to lean toward conservatism up until the mid-1930s, and the views of students at the University of Washington were no exception. A 1932 poll by the UW’s student newspaper, The Daily, indicated that 60 percent of the Seattle campus said they supported President Hoover, the Republican incumbent, over Democratic challenger FDR and his New Deal policies.

9) Seattle had another, more radical (and probably communist) newspaper, Voice of Action. In 1933, the first issue of a new publication was printed in Seattle. This newspaper was different than others in that the reporters wrote about labor issues and clearly sought to mobilize and organize readers. The paper was largely volunteer-run, and while it was never formally established as a communist publication, the words of the journalists echoed the Communist Party platform, and several of the managers were members of the Communist Party. The last issue was printed in 1936, when the Voice of Action merged with Commonwealth News.